The little half-Italian, half-Pole, it experienced quite a lot during the three decades of its production between 1972 and 2000: in the 1970’ies during the era of the 1st series it was the oil shock, attempts to reconcile national differences between the East and the West, the Disco Wave, long hair styles, bell-bottom trousers and lava-lamps. In the 1980’ies it was associated by Super Mario as well as other 8-Bit-heroes, lived to see the first space shuttle missions, VHS video-cassettes and the C64 and survived Chernobyl as well as the mullet. The 1990’ies marked the age of the Fiat 126’s very own catalytic converter development as well as, of course, the German reunification, the clone-sheep “Dolly”, the beginning of the digital revolution, Baywatch, Techno-music and mystery TV-shows. It had been a long period of change, and at the end, nothing was as it was before: Europe had become a peaceful union, now had a common currency and shared values. It had become possible to overcome the power bloc confrontation between NATO and the Warsaw Pact as mankind began looking forward towards a future of growth and progress, and hardly anybody took note when the production of the Fiat 126 ended on September 22nd 2000. 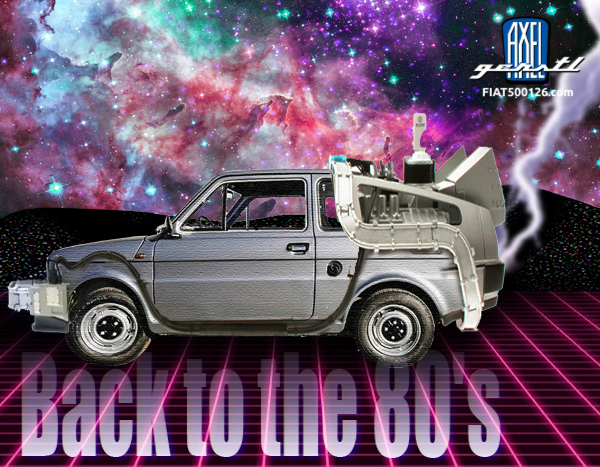 None of the things that were to come were imaginable back in 1968, during the height of the Cold War, when the Italian designer Pio Manzù received the assignment to develop a “City Taxi”, a real city car that was to succeed the Fiat 500 as the Premium compact car of this brand. The actual project “City Taxi” was then discontinued, the baseline of Manzùs suggestion was, however, developed further by Italian and Polish developers, until eventually the Fiat 126 that we know today was drafted: compact, agile and small with a very low empty weight, a ridiculously low fuel consumption of just over 5 liters per 100 kilometers (according to Fiat specifications) – especially for a city car! Beyond that, it offered space for four passengers despite its short length – what more could a city dweller of the 1970’ies ask for? 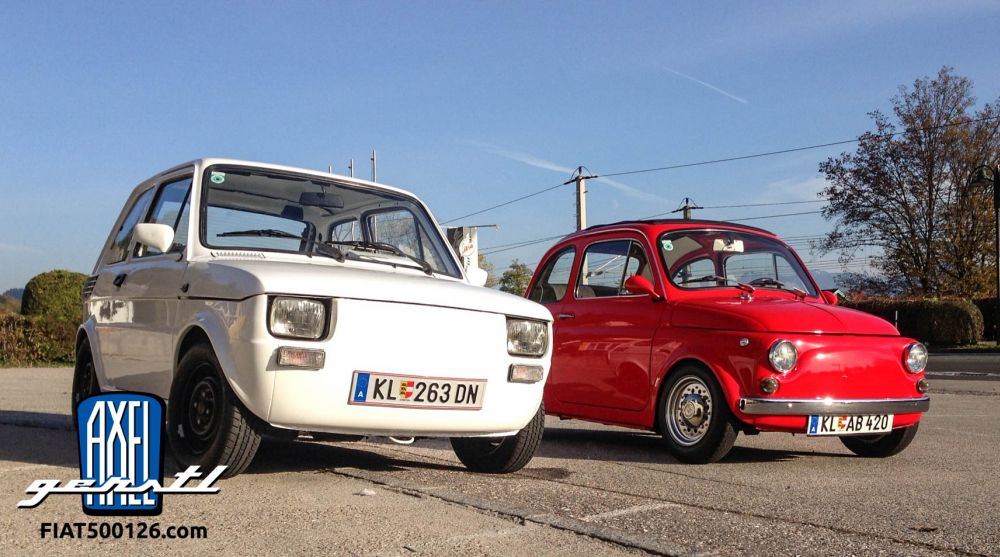 Even today, it is pure nostalgia to sit in a Fiat 126, adjust the choke, pull the starter lever and hear the chatter and humming of the engine fill the entire vehicle interior causing the very windows to vibrate violently. Is there a Fiat 126 owner who isn’t familiar with the worried facial expression of clueless and unacquainted passengers, who, with all this noise, seem to be concerned that the engine might explode any given moment? It is one of the many quiet joys that a Fiat 126 owner of today experiences – even if at times friends may pose the question whether it hadn’t been better to get a cheap used car instead of that old Fiat 126: in any case, there is hardly another car that makes finding a parking space as easy, and that makes driving around in any (big) city such an enjoyment. 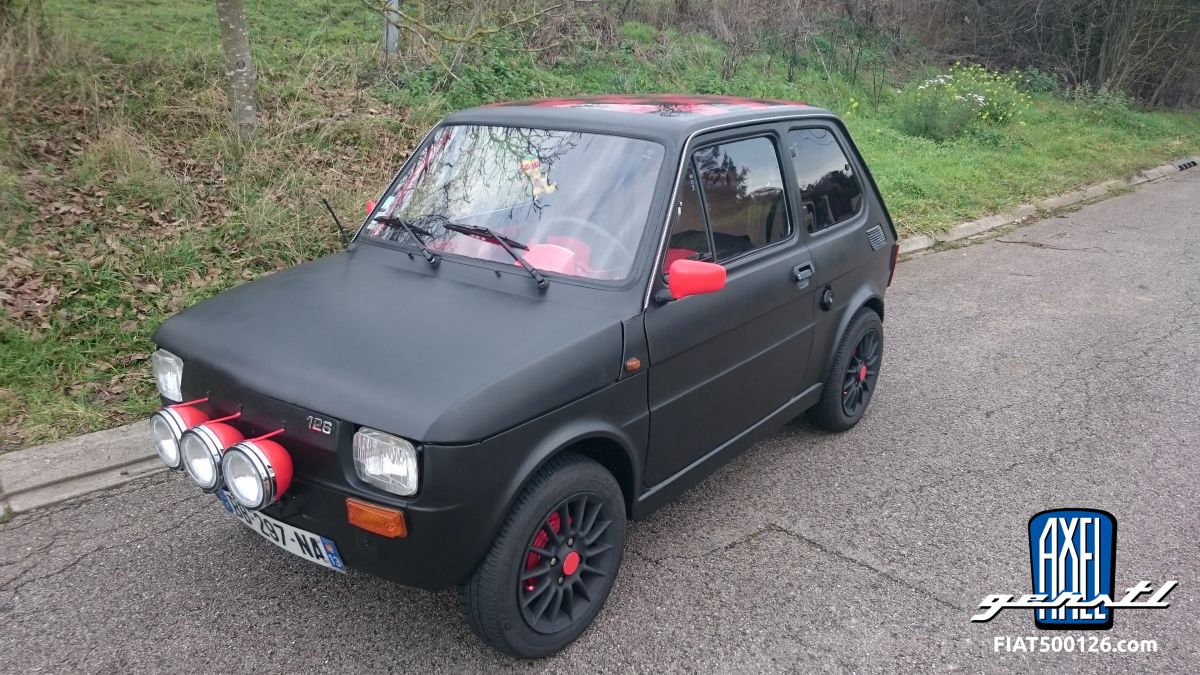 1972, in the year of its introduction, the Fiat 126 was a mere visually enhanced Fiat 500. The round curvatures had disappeared and were replaced by the typical angular design of the 70’ies and 80’ies. On a technical standpoint, Fiat stayed true to its previous course, continued relying on a rear-wheel-drive, the integration of the Fiat 500 R’s air-cooled, twin-cylinder 600 ccm Otto engine with its performance of about 17 Kilowatts (23 horse-powers) at 4.800 rpm. The chassis was also exactly the same as the Fiat 500 R, along with the brakes and several other elements. 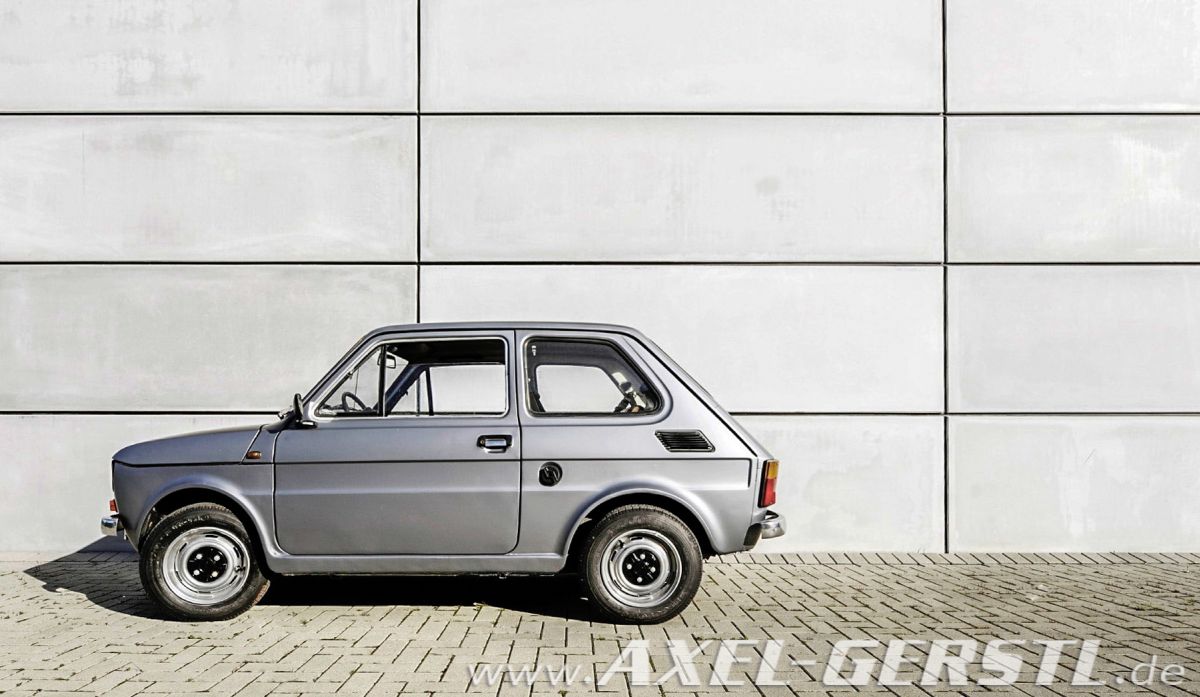 It wasn’t before production of the second series started that Fiat switched to a 650ccm engine with 17.7 Kilowatts (24 horse-powers) and implemented several other modifications, for example the stud-bolt-pattern of the brake-drums. In 1987 the water-cooled Fiat 126 BIS followed up with its 19 Kilowatt (26 horse-power) engine and almost 700 ccm cubic capacity as well as an advanced rack-and-pinion-steering, but the production was ceased in 1991 due to poor sales and technical issues, such as rapid overheating of the engine and high exhaust emissions. 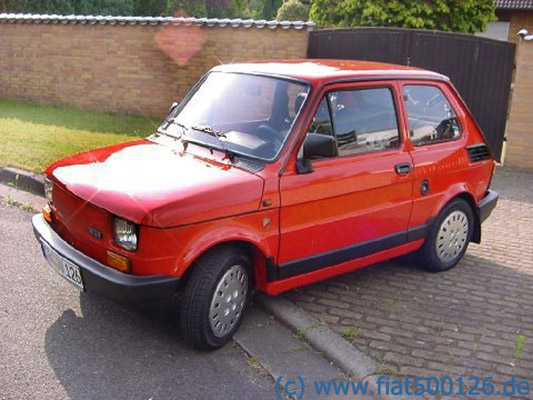 Similar to the Fiat 500, there were numerous special models derived from the Fiat 126, that ought to be less commonly known compared to the special models of its prominent predecessor. We would like to present a few of those, although, of course, we will certainly not be able to mention all of them.

It began briefly after the introduction of the Fiat 126 with the “Figo”, a combination of Fiat 126 body with the engine of a Goggomobil. With its 10 Kilowatts (13.6 horse-powers) and 250 ccms of cubic capacity. You were even allowed to drive this car in Germany with the driver’s license class IV that was initially intended for small motorcycles only. 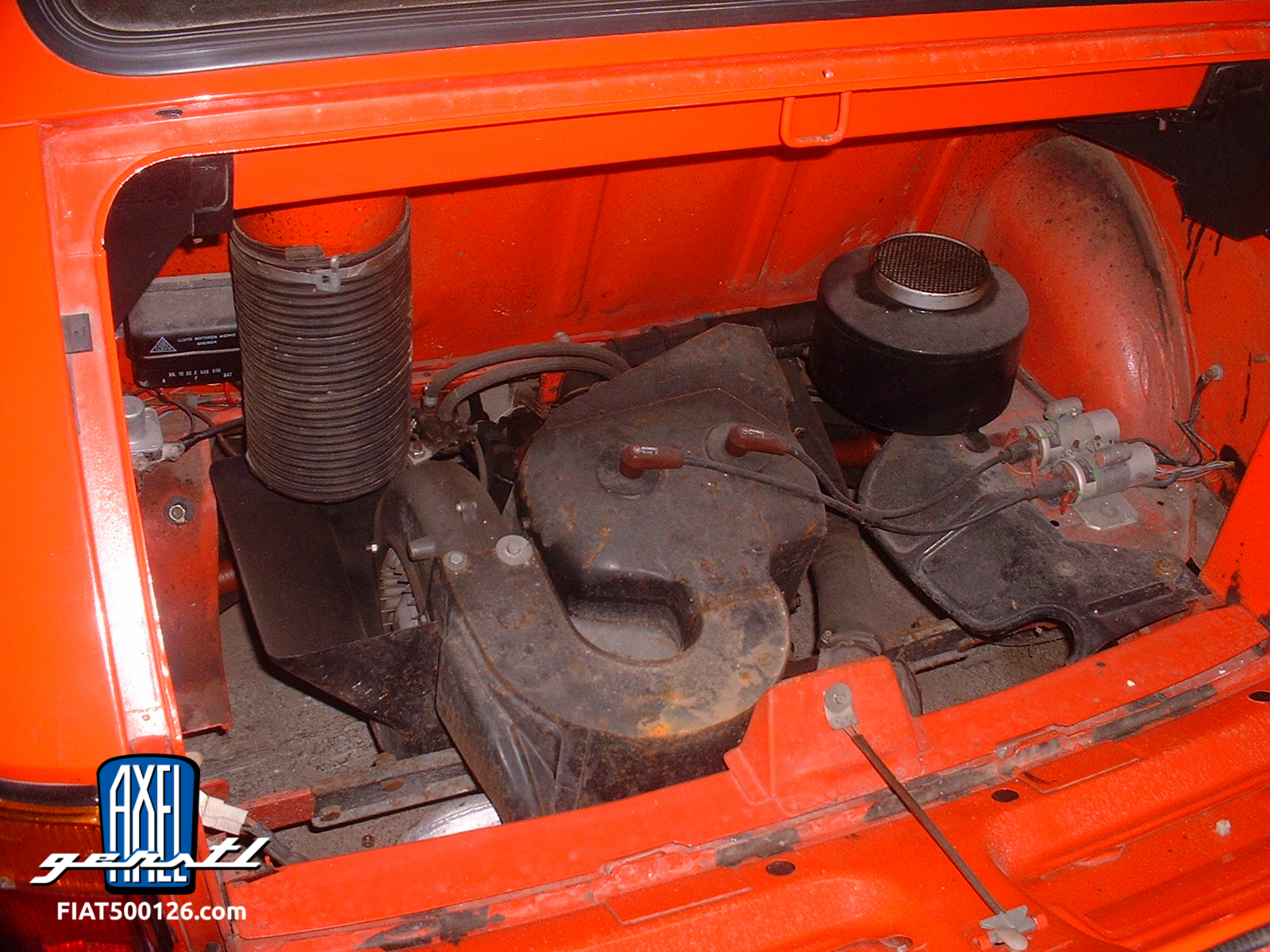 Beyond that, a special variant of the Italian Fiat 126 Personal 4 became available in Germany at the end of the 70’ies: this particular type is, in fact, the version that is commonly known for its nickname “Bambino” and can be identified by means of its modified engine, with a rectangular cylinder head instead of with rounded-off corners along with a corresponding thermostat casing and air-fan-housing, rubber protective guard strips along the side, plastic bumpers and, starting in 1984, reversing lights and rear fog lamps. 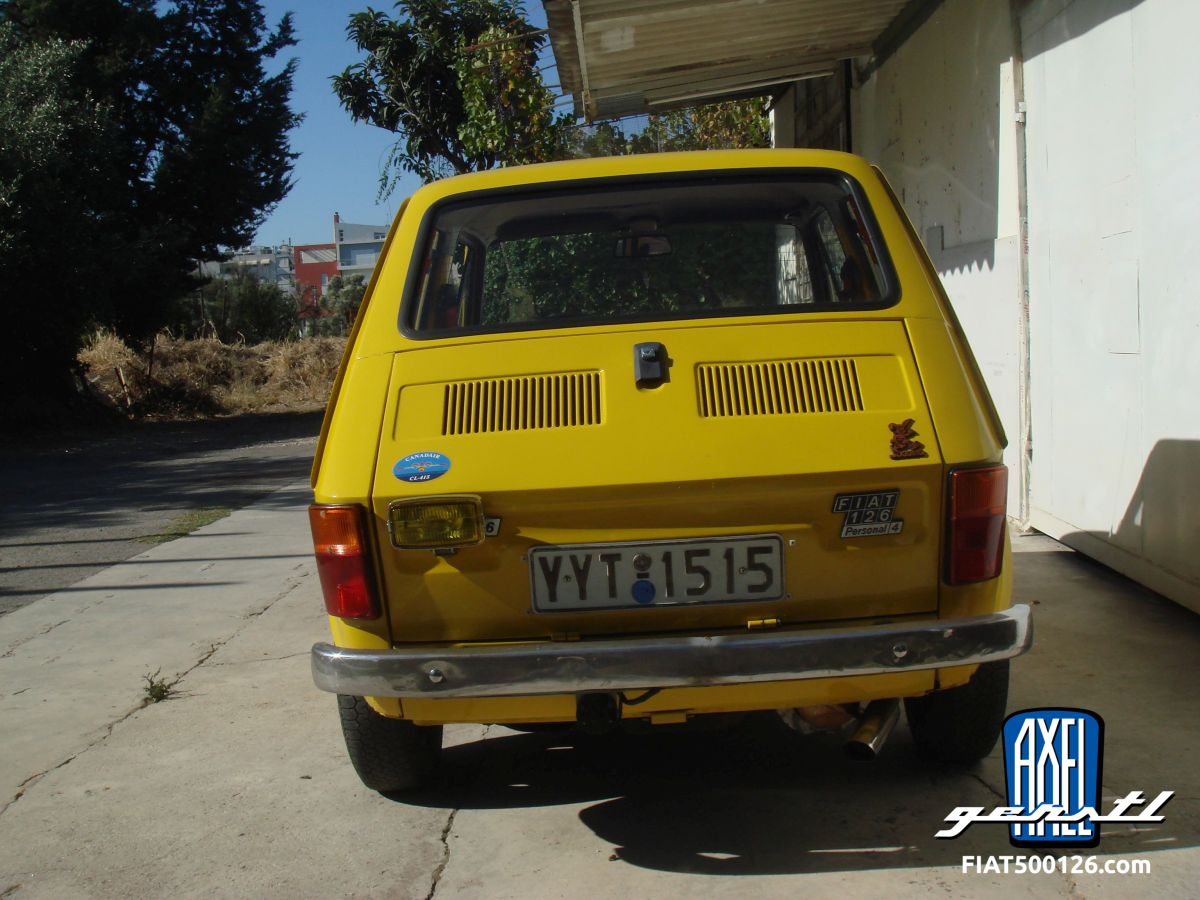 Fiat also arranged for a more lively variety by introducing the Fiat 126 Red, Brown and Black along with the very rare Silver Edition with green tinted windows and grey protective guard strips.

In Poland, the FSM Company in Bielsko- Biala began production of the Fiat 126 under license in 1973. The Fiat 126 that was launched in Poland soon became known under the nickname “Maluch” (toddler) and, before long, had risen to similar significance as other people’s cars like the Volkswagen Beetle in Germany or the Citroën 2CV in France. Poland continued to carry the Fiat 126 flag from 1994 until the end of production of the very final Fiat 126 model in 2000, which was the Fiat 126 ELX – a car that was equipped with a catalytic converter and that outlasted its own successor, the Fiat Cinquecento. 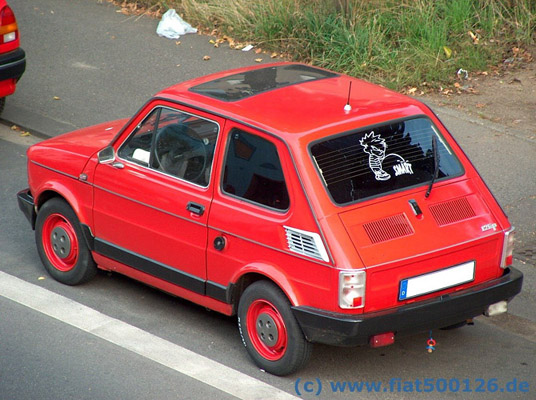 In Yugoslavia, starting in summer of 1987, Fiat 126 derivatives were built that became known as the “Peglica” (clothes iron) with a water-cooled engine with horizontal twin-cylinders. Furthermore, a cabriolet version became available starting in 1989, although this was custom work done by the POP Company who created the models known today as the Pop 650 and Pop 2000, also available outfitted with electric engines. 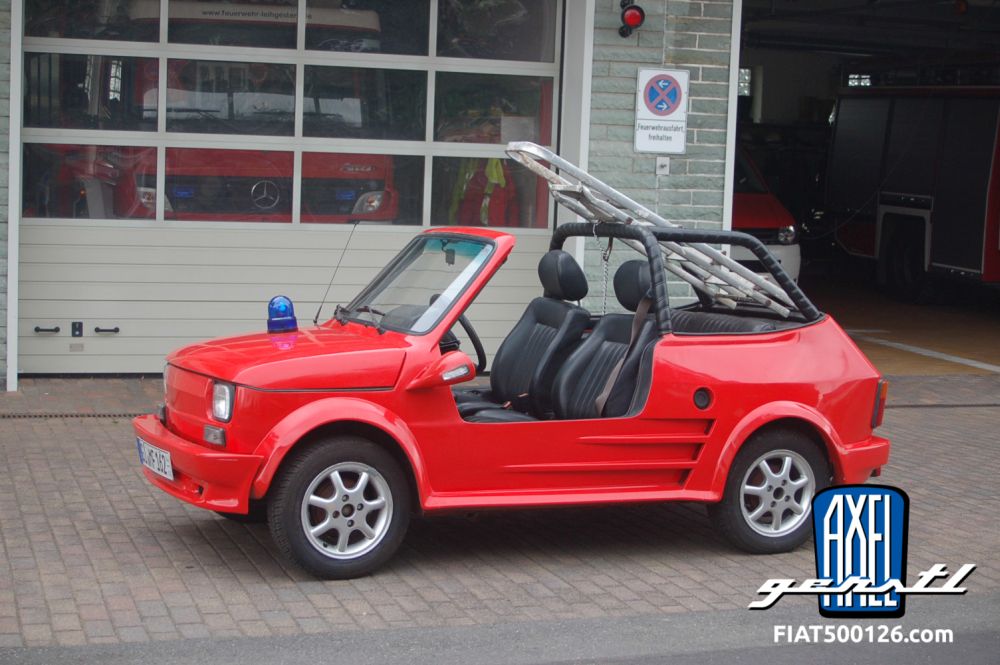 A car that was only around for a short time, in comparison, was the Steyr Puch 126. Equipped with a Steyr Puch engine and 643 ccm cubic capacity, 18 Kilowatts (25 horse-powers) at 4.800 rpm the alpine racer reached maximum speeds of 117 kmph as opposed to the typical 105 kmph of the standard Fiat 126. Due to low demand, the production of this derivative was halted as early as 1975 after no more than 2.000 cars despite their superior performance.

But an even smaller number of the Polish Fiat 126 Bosmal cabriolet models were built. Between 1991 and 1995, a mere 507 cars rolled off the line according to factory specifications – not even one tenth of a percent compared to the 3.5 million Fiat 126 models that were built between 1972 and 2000.

There were, however, some special models that had even smaller numbers, although to be fair, these models (sadly) never made it to mass production: the Fiat 126 “Bombel”, a pick-up with a plastic hardtop from around 1974, that never made it past the prototype stage just like the Fiat 126 station wagon, that was developed in the style of the Fiat 500 Giardiniera and featured a wheel-base prolonged by about 100mm m as well as an additional 70mm rear overhang. The Fiat 126 station-wagon, certainly one of the most interesting derivatives, among other things, fell victim to political unrest in Poland in the early 1980’ies. After martial law was declared in Poland in 1981, the mass production of this great development was no longer on the agenda. 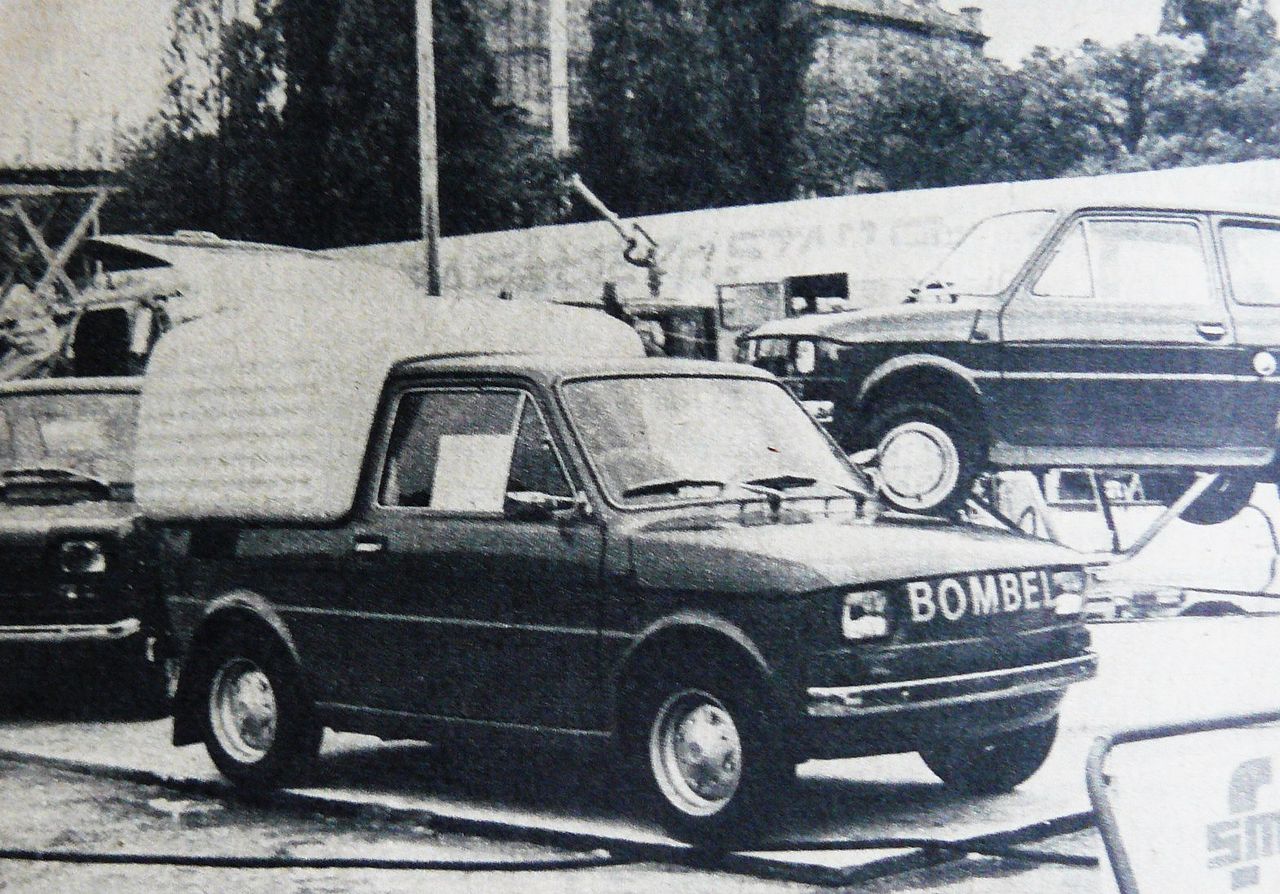 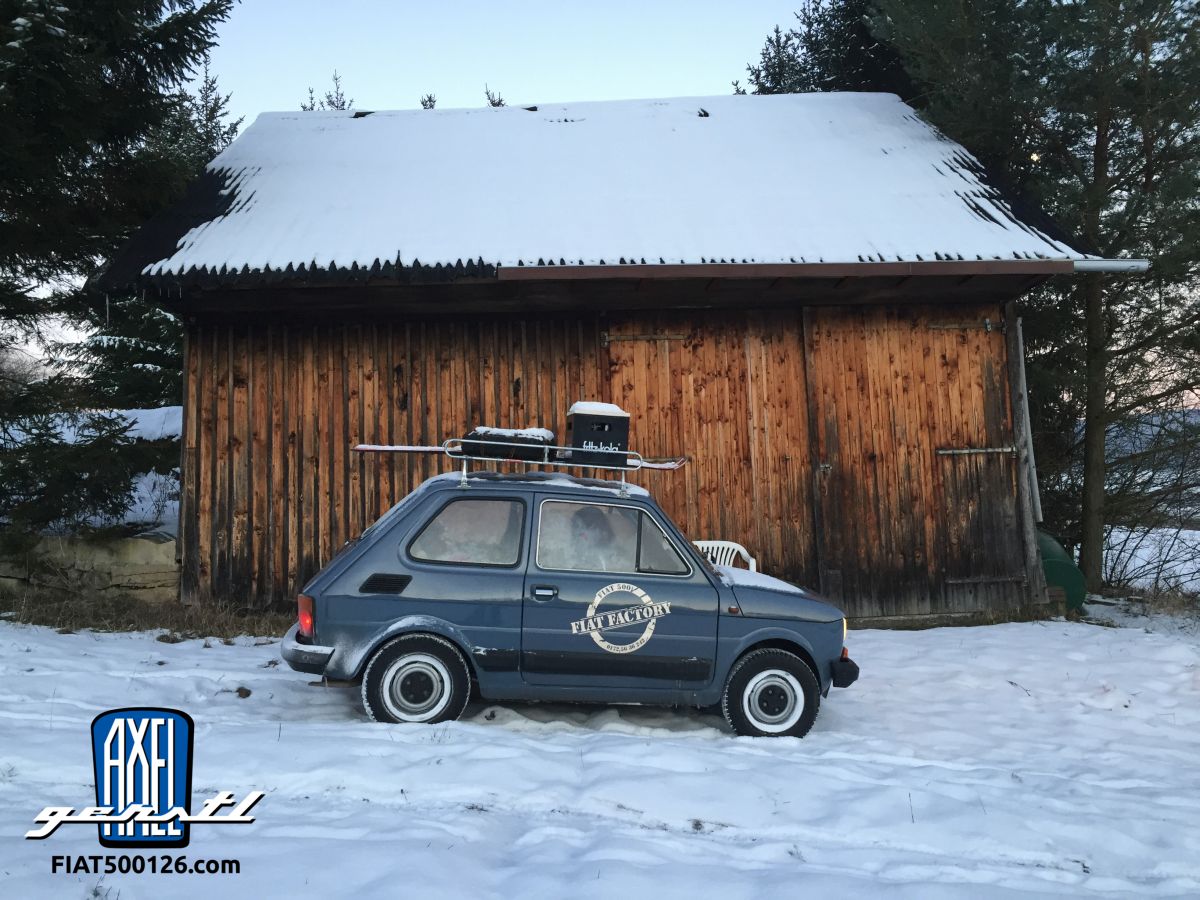 You can find out what people had to say for our ‘I drive a Fiat 126 because...’ promotion here.