Competing at the Bordeaux Southwest Classics Rally 2016 in a Fiat 500 - Lost the Rally, but won many hearts!

At the 10th Bordeaux Southwest Classics, which was scheduled for July 23rd and 24th 2016, as in all the years before, several different types of oldie cars of all sorts of different makes and models took part, from Alfa Romeos through BMWs and Porsches to Ferraris, and many more. But this time, somebody unexpected stole the show: Yoann Ebrard and his co-pilot Anaïs in their 1972 Fiat 500, fondly named “Poupette“ (a French expression referring to a “Little Doll“) and sponsored by Axel Gerstl. 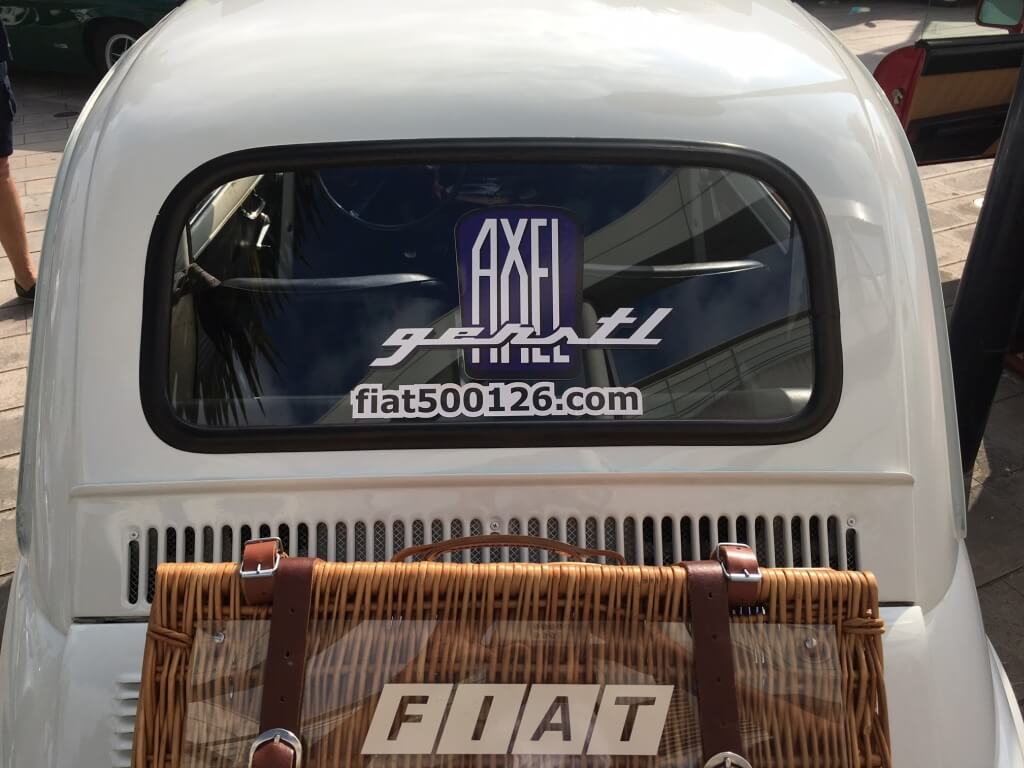 Upon arrival at the meeting at 9 o'clock on the parking lot of the Barrière Casino, the spectators and participants are astonished to see Yoann Ebrard and Anaïs in “Poupette“ as they got in starting position. There were, however, no demeaning comments from other competitors concerning the minimal engine performance, instead, “Poupette“ was an instant sensation and immediately won everybody's hearts by means of her charming blend of vintage vogue and nostalgia. Even individual persons that were not particular fans of this beloved Italian classic were at least impressed by the car's excellent technical condition. 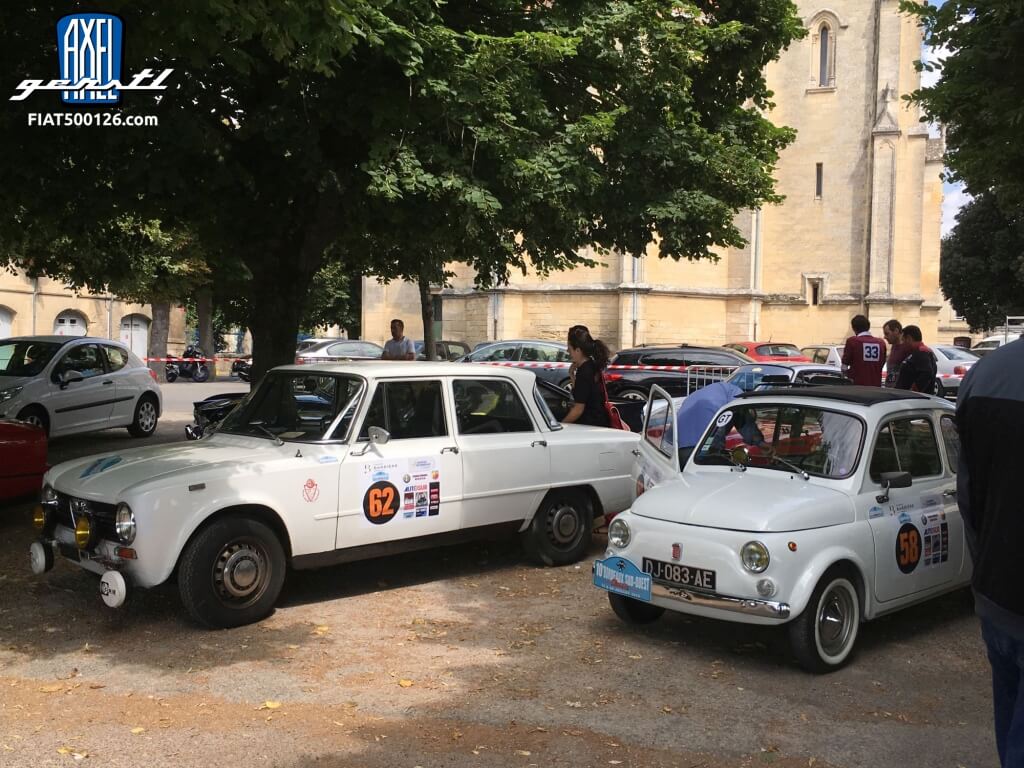 When the director finally started the competition at 11 o'clock, Yoann and Anaïs in their Fiat 500 were among the first vehicles. 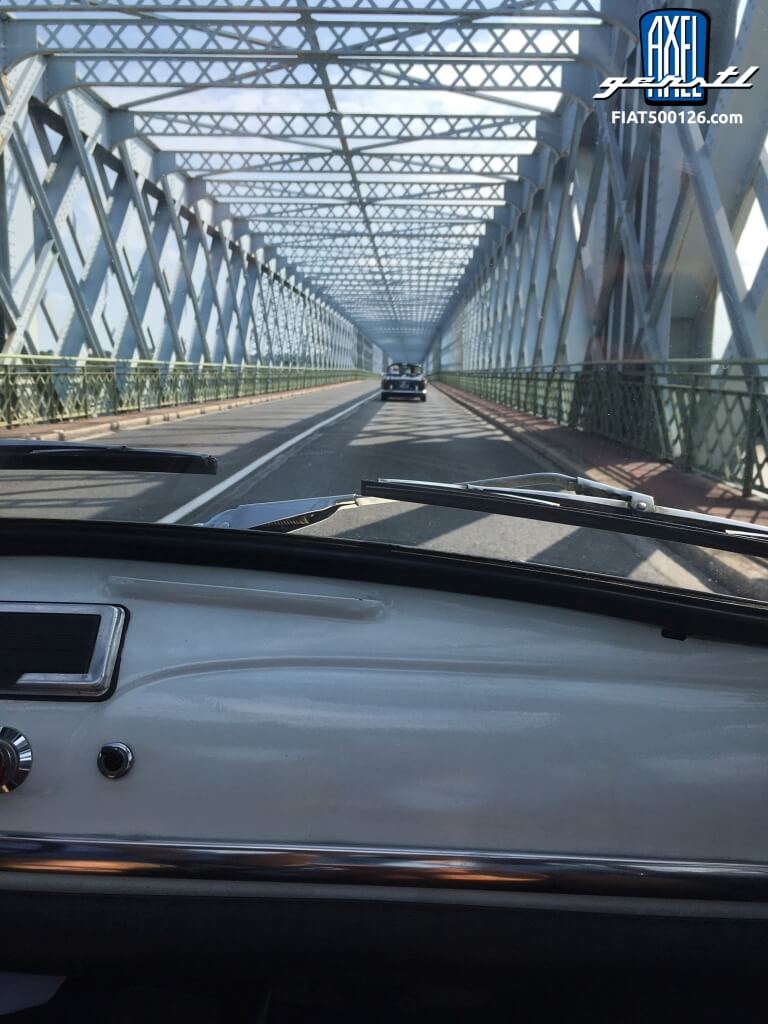 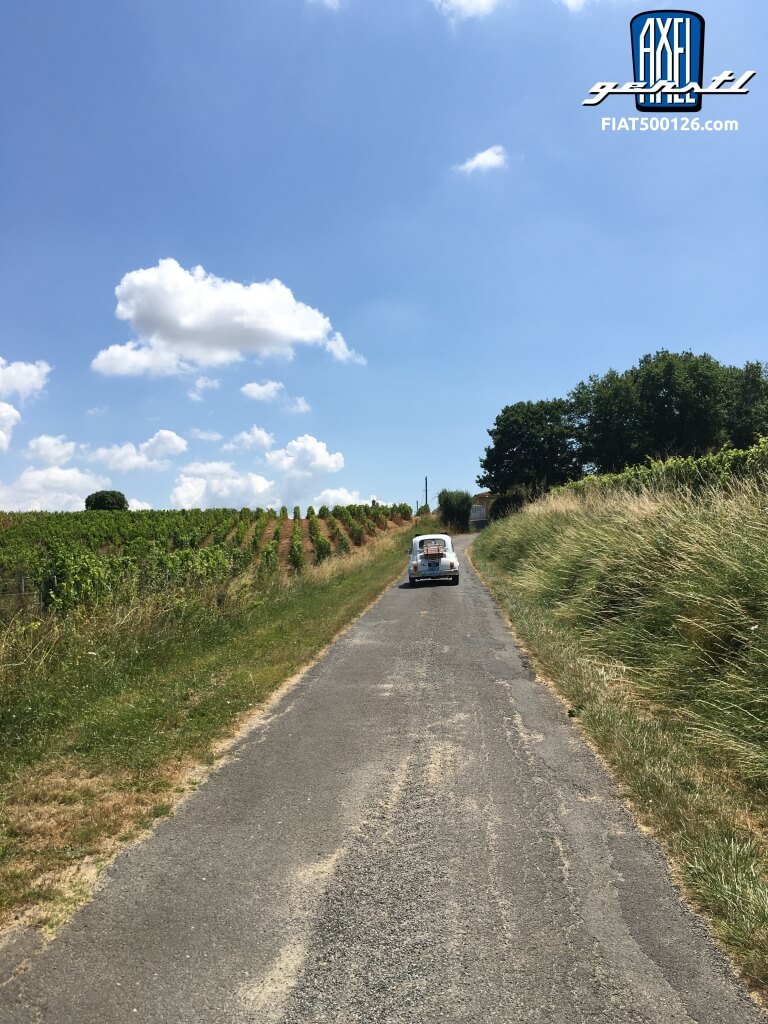 Closely following a Ferrari 328 GTS, they continued fighting their way forward, eventually storming the narrow roads along the vineyards of Bourg-sur-Gironde in order to make up time they had lost on the highway earlier on – since there simply isn't much that can be done about a maximum speed of 82 kilometers per hour. 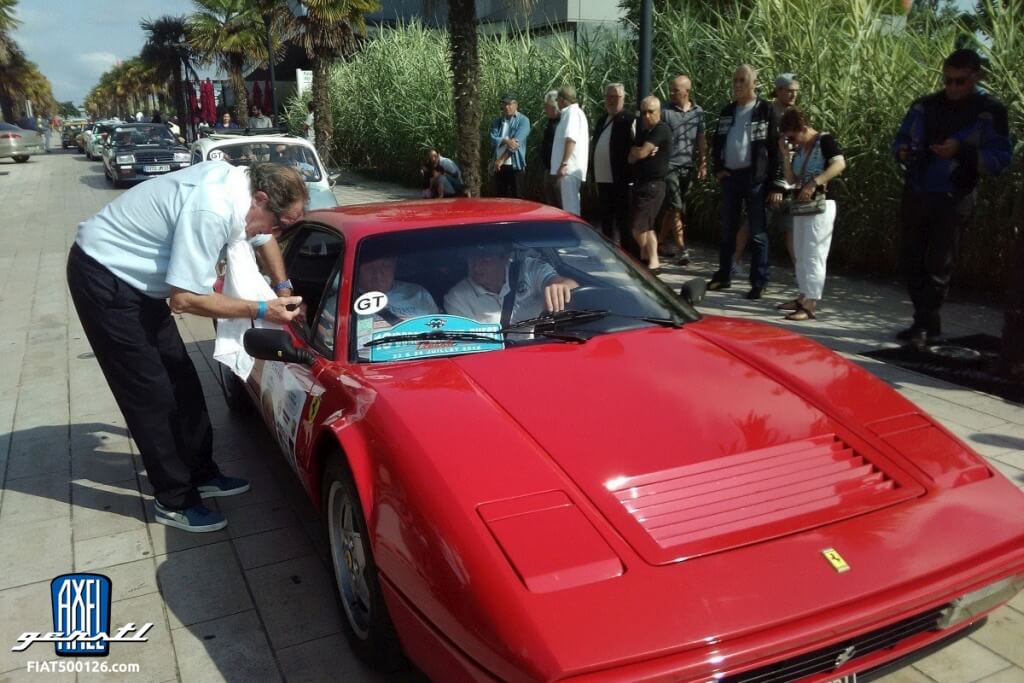 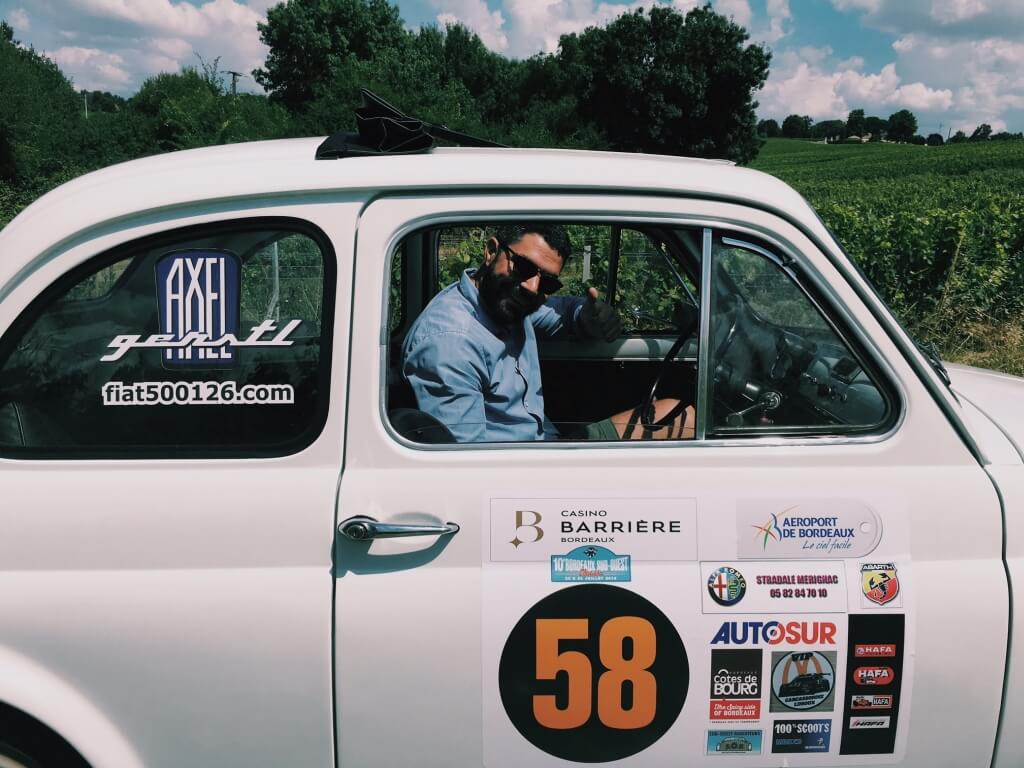 During the entire rally, Anaïs went about responsibly fulfilling her duty as co-pilot, fully concentrated on the map, decorated with all sorts of markings. Yoann and Anaïs arrived for the mid-day break  perfectly on time along with a Fiat 124 Spider and a Caterham Seven. As the hour hand approached 1 PM on the clock, Anaïs ordered Yoann to gulp down the rest of his coffee ASAP and to grab the steering-wheel. Both of them knew that the second part of the rally was going to count, was going to make all the difference. 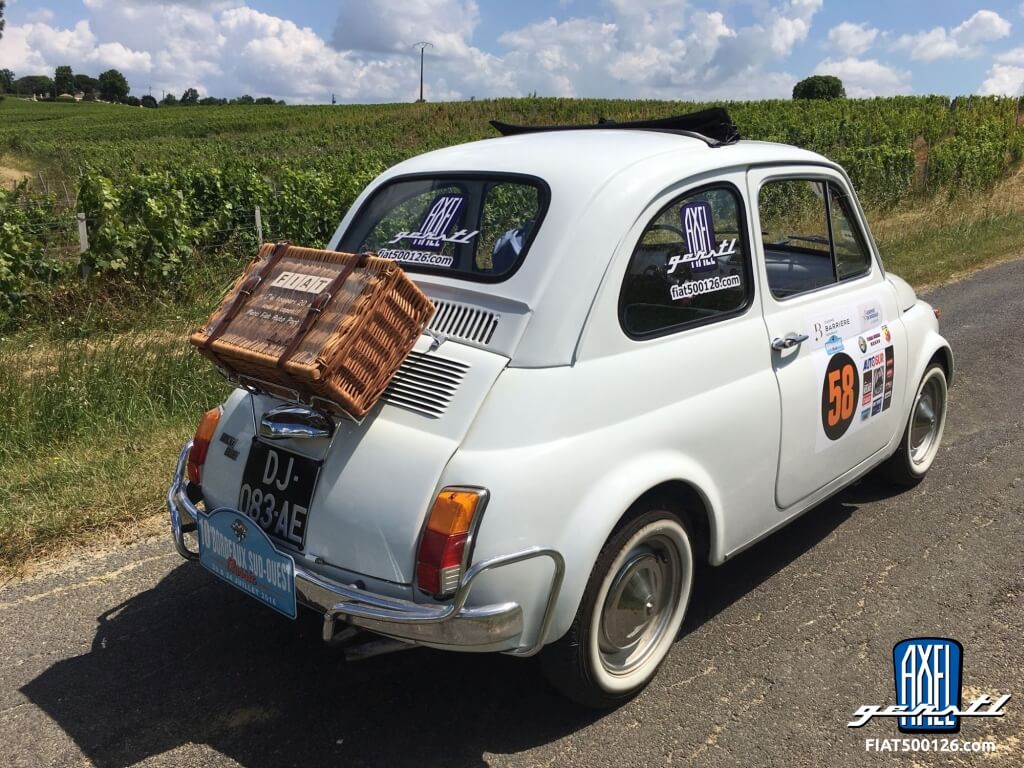 Towards the beginning, Yoann, Anaïs and “Poupette“ were well placed in the race and closely tailing the lead group. However, when Yoann shifted down into second gear to get up an inclination, they suddenly heard a loud noise that did not bode well. 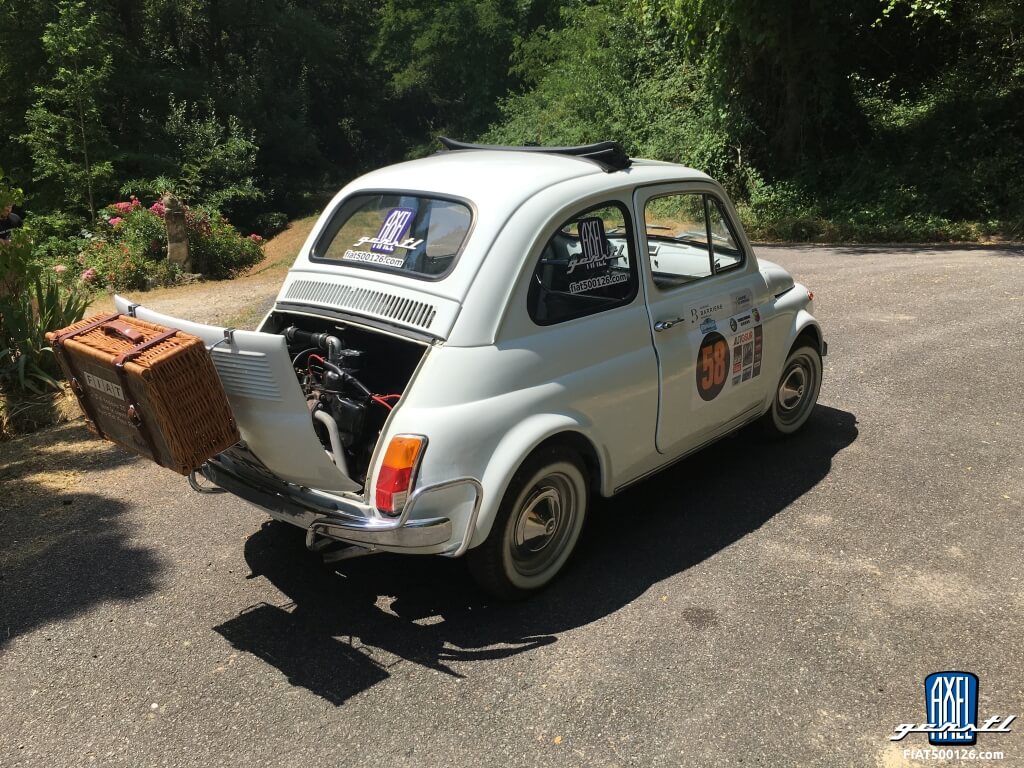 An examination of the problem brought along swift certainty: the thrust bearing had broken apart and damaged the clutch. Sadly, the event had come to an end for Yoann, Anais and their Fiat 500, who were left with nothing more than frustration and disappointment. 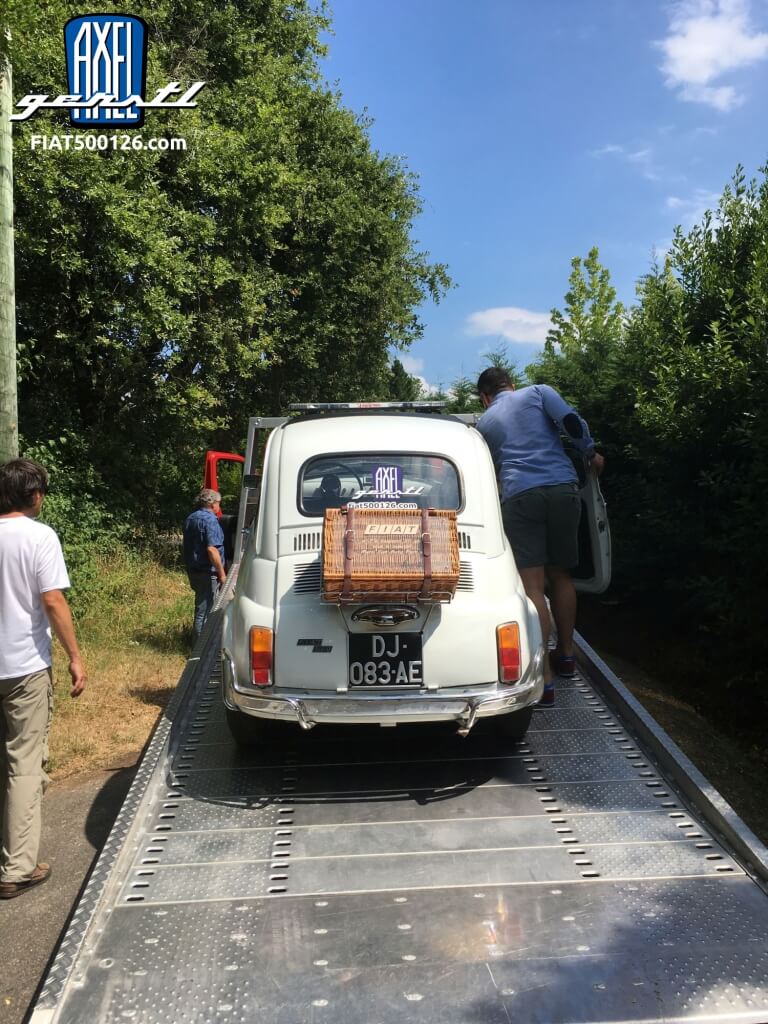 Happily, the average Fiat 500 owner is not the type of person who gives up that quickly. It was no wonder, therefore, that as early as the following day, both Yoann and Anaïs made the decision to deal with the problem, pull themselves out of the hole and focus on making a renewed attempt at the rally in the following year - which we at Axel Gerstl wholeheartedly support and for which we wish the best of luck. 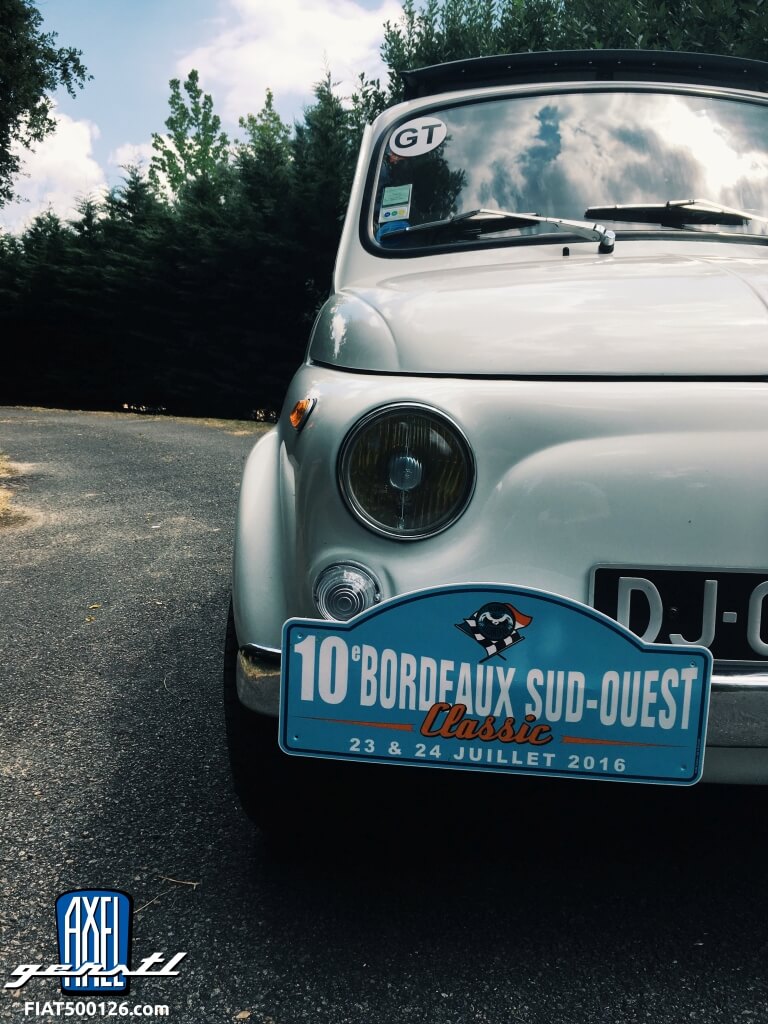 And certainly, the other participants of the Bordeaux Southwest Classic would be happy to see Yoann, Anaïs and “Poupette“ again. After all, during the Sunday meal and the victory celebration, it was clearly evident how popular the little “Poupette“ had become and how sorry everybody was about their technical KO the day before. 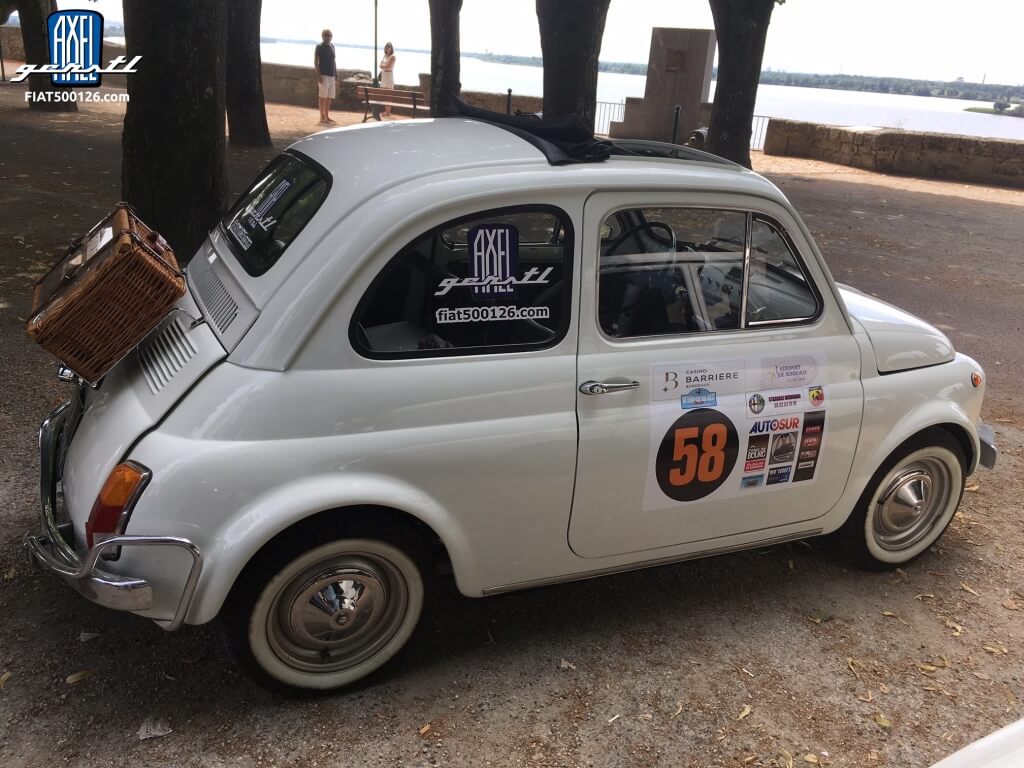 The self-proclaimed “shock squad“ will surely use their 18 horsepowers to turn some heads and roll up the field from behind in 2017. 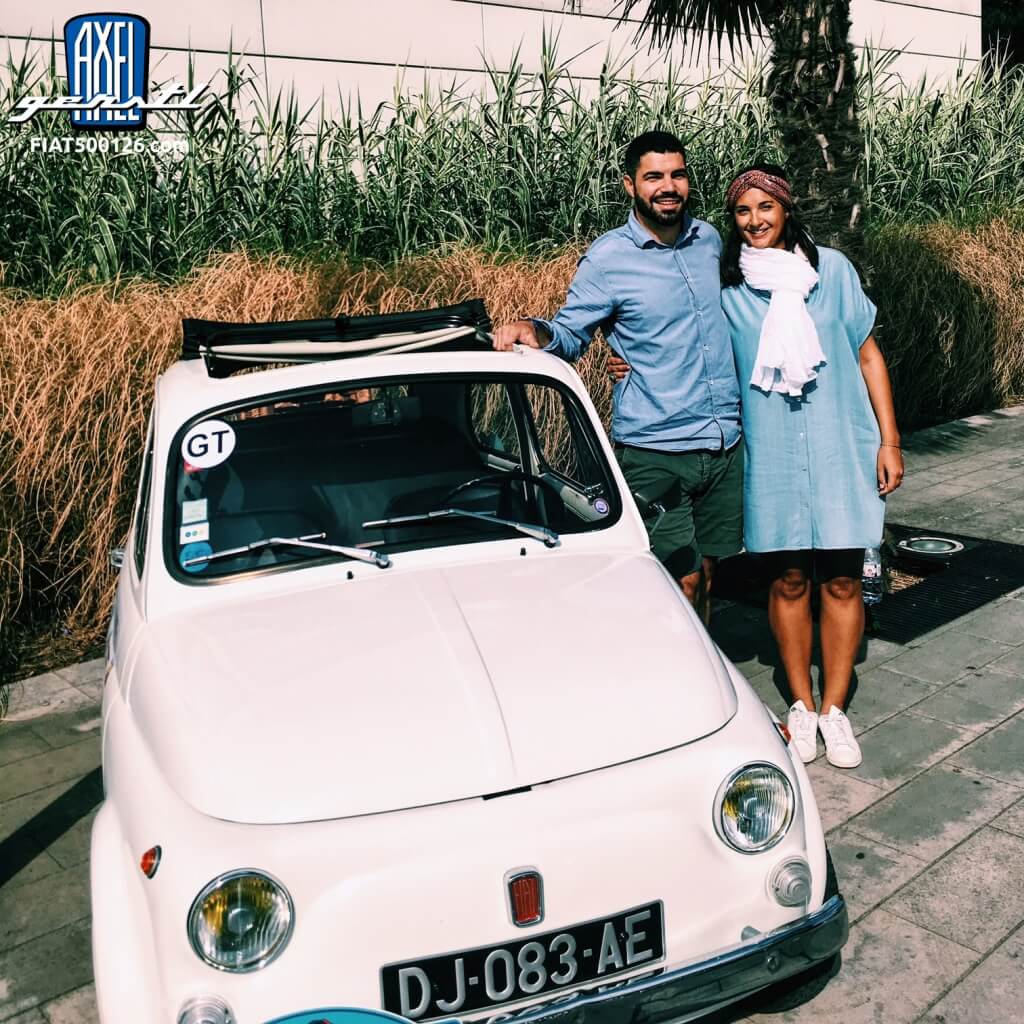