From Paris to Dakar in 9 weeks

Actually Burkhard Hildebrandt had planned his tour from Cape Town to Hameln in 2015, but problems finding sponsors for customs deposit of EUR 10,000 , unfortunately, made him a spanner in the works. Because his thirst for adventure is still unbroken and his desire to help terminating discrimination against people living with HIV in Africa , Burkhard has made a virtue out of necessity and changed his plans ado. 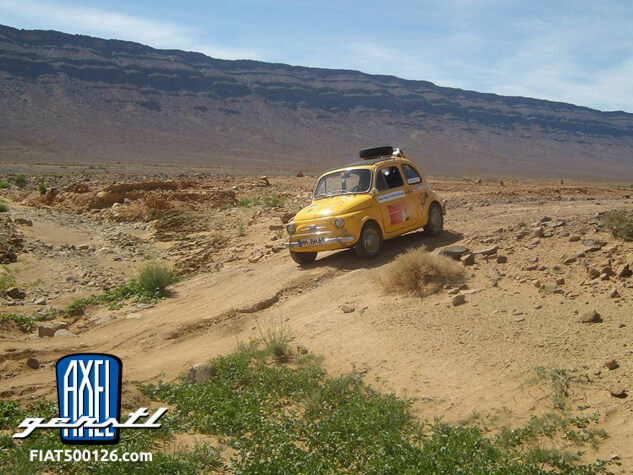 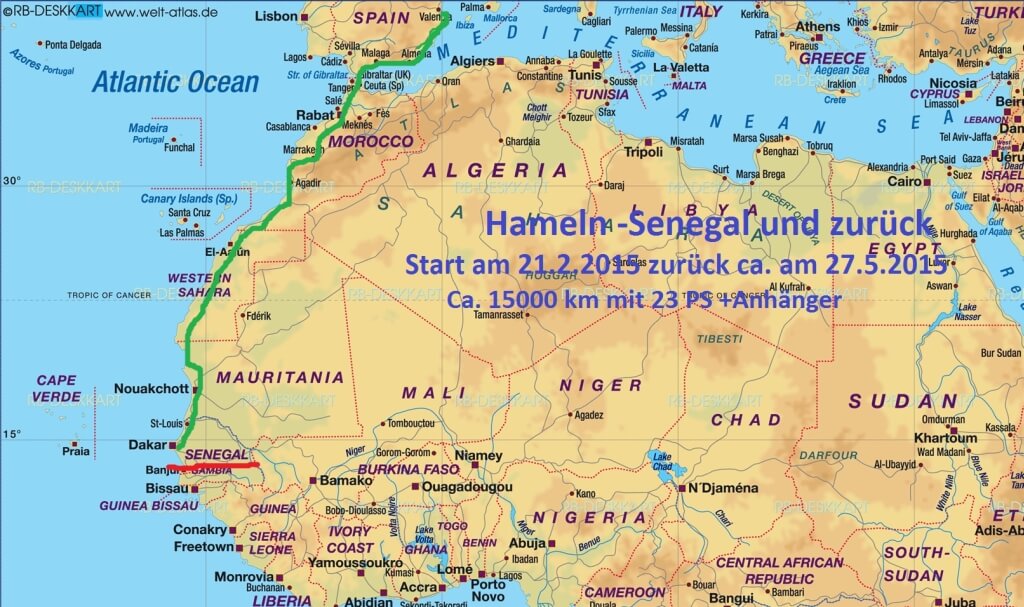 Burkhard Hildebrandt on the traces of the Paris-Dakar Rally

In February 2015, he started. Not from Cape Town to Hameln, but in the footsteps of the Paris-Dakar Rally in Africa's North West. Of course, "Bea", his little yellow Fiat 500, had to be made fit for the arduous journey. Burkhard installed an additional protection plate below the engine and transmission, a second fuel tank next to other, and a spare tire on the roof. To keep " Bea " from suffering on spare parts, he takes a wide variety of with him: fuel pump, ignition coil , spark plugs, axle boots , carburetor , air filters, belts, various cables , tires, tubes , gear oil, engine oil and other small parts like fuses and contacts and so on. 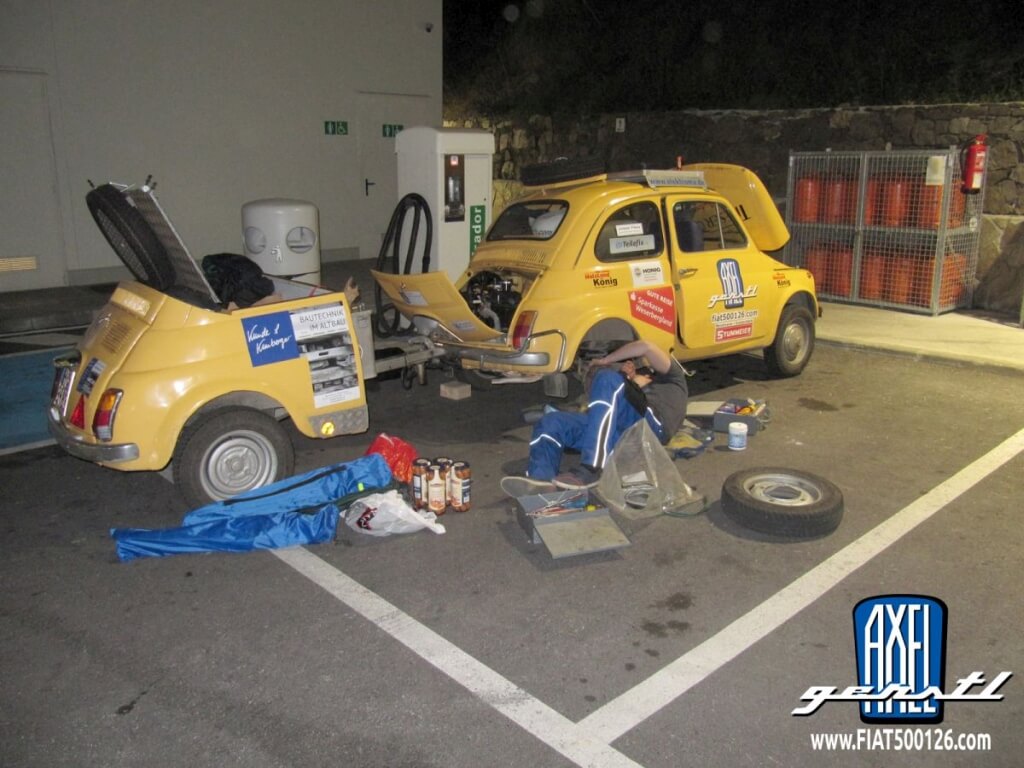 First obstacles on the way to Dakar

The first few miles on the roads of Central Europe were a smooth ride and "Bea" was, as so often an eye-catcher. A meeting of a special kind had Burkhard then in France in the middle of the highway. Here he got discovered by our newsletter reader and Fiat 500 driver Thibault Lagardère, who happened to be on the way home and took the opportunity to wish good luck to Burkhard on his tour. The whole world is just a village... 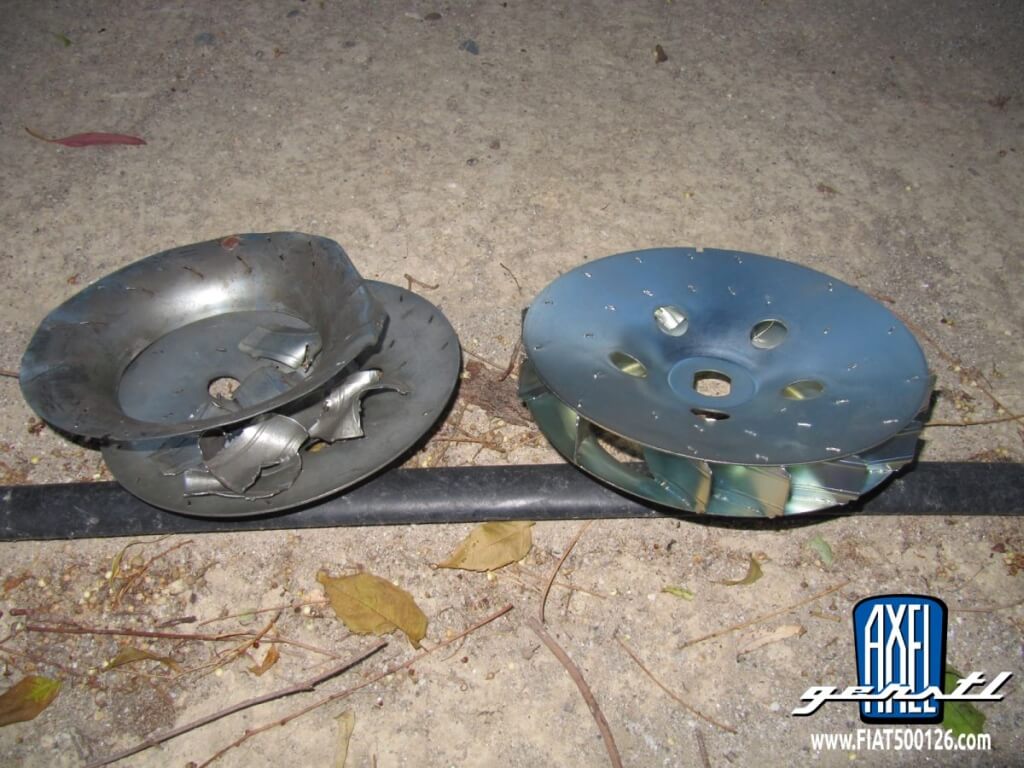 Problems appeared in southern Spain. On Monday, 2nd of March, the company Axel Gerstl got an urgent emergency call, because Bea’s cooling fan had broken and Burkhard was waiting for a spare part on a campsite in Malaga. Of course, the Axel Gerstl team immediately started a parcel with two fans and some gaskets via Express Shipping to help Burkhard. Just thirty hours later, the fast delivery was a pleasant surprise for Burkhard. So after fixing the problem, the next miles to the ferry were no problem and so he went to Africa. 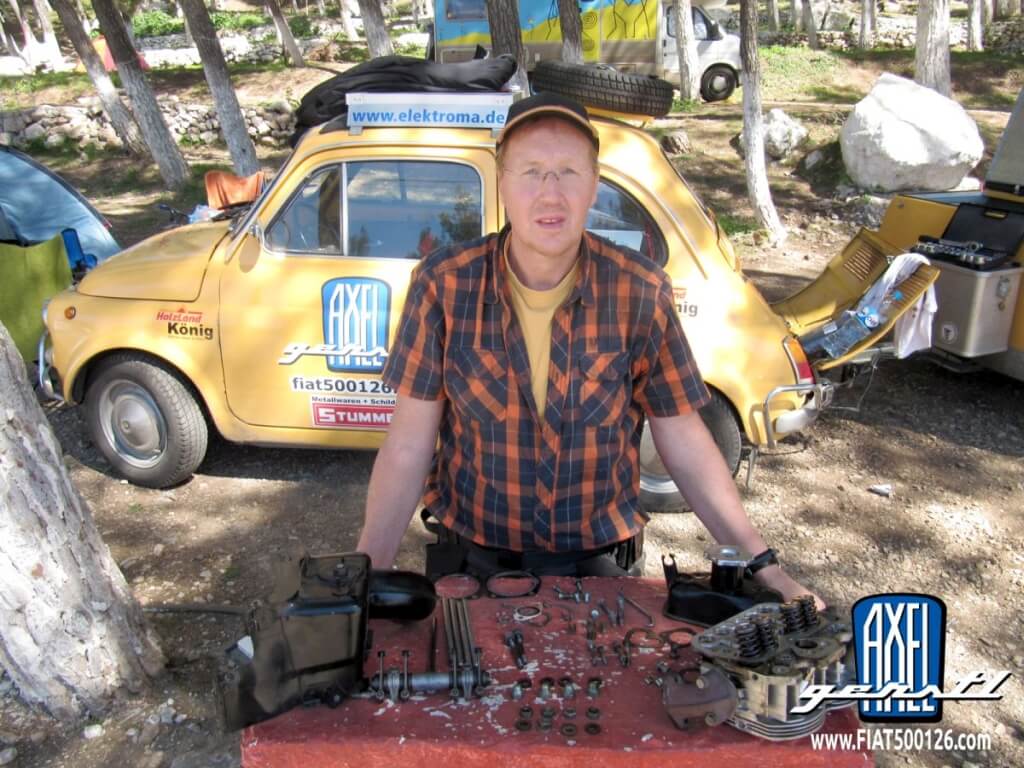 But as life often goes, Burkhard ran into new troubles in Africa. Halfway through Morocco, he suddenly heard a loud noise which clearly came from "Bea's" engine and gave cause for concern. The first assumption quickly became certainty: The cylinder head melted from overheating and is completely useless! 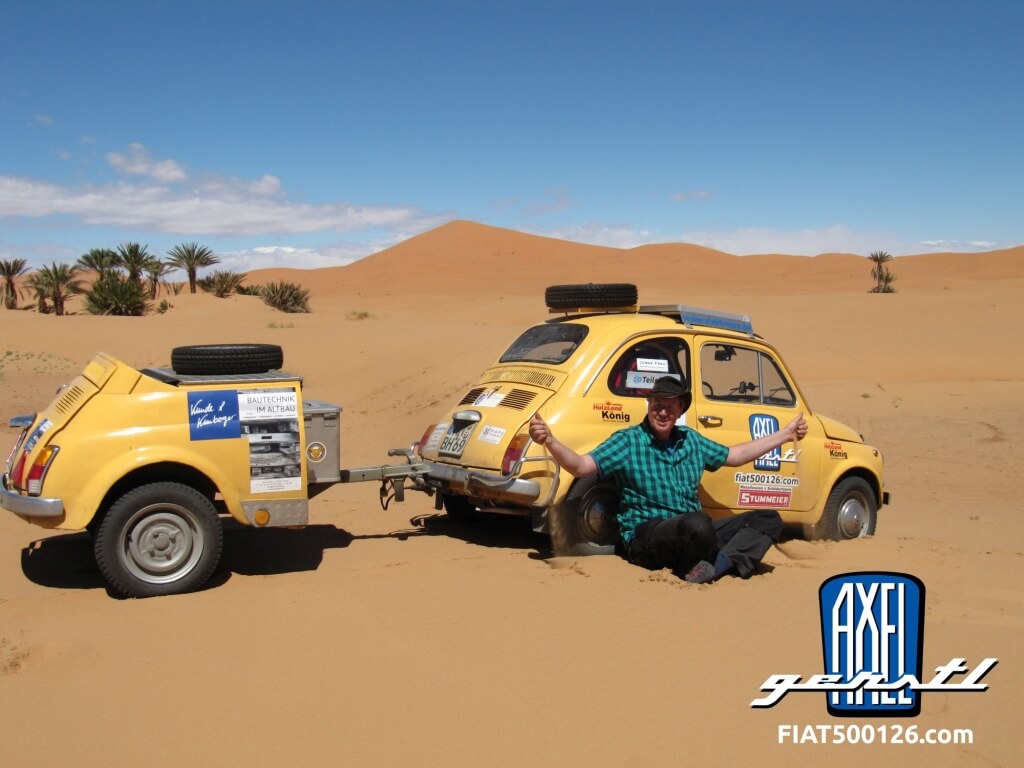 But Burkhard was very lucky, because unexpectedly he was visited by two Axel-Gerstl-Newsletter readers from France, which brought him a new cylinder head. The Axel-Gerstl-team would like to thank the two guys for this extraordinary help! 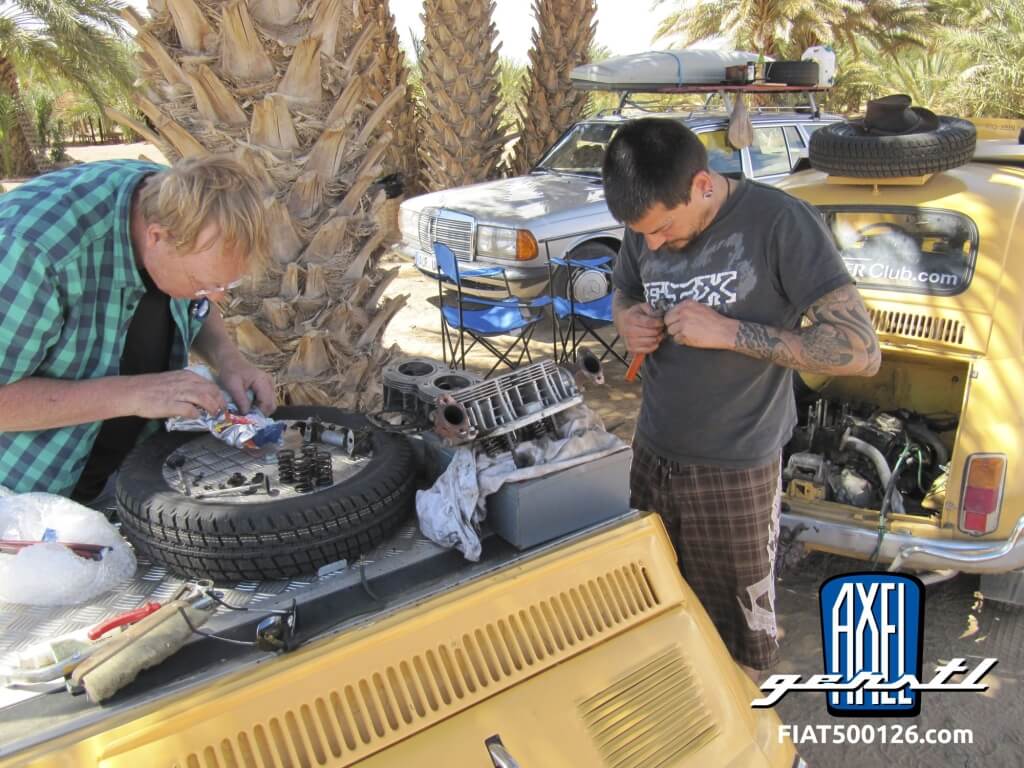 Fortunately Burkhard met a master car mechanic from Italy on the campground, who helped him to fix the old cylinder head. Therefore, the new cylinder head was kept as a spare - even if it should not be long before Burkhard was glad that he had it. Because after Burkhard had finally reached the dunes, the freshly repaired cylinder head was gone again. The installation of the new cylinder head, which had been dropped off by Burkhard his French visitors, was more difficult than initially thought, because the valves were not mounted, but separately packed in a bag. But bad luck and happiness are often close to each other and by sheer luck Burkhard ran into the Italian mechanic again, who had already helped him in Chefchaouen. They managed to produce an improvised abrasive paste with oil and Sahara Sand and succeeded to grind the valves. 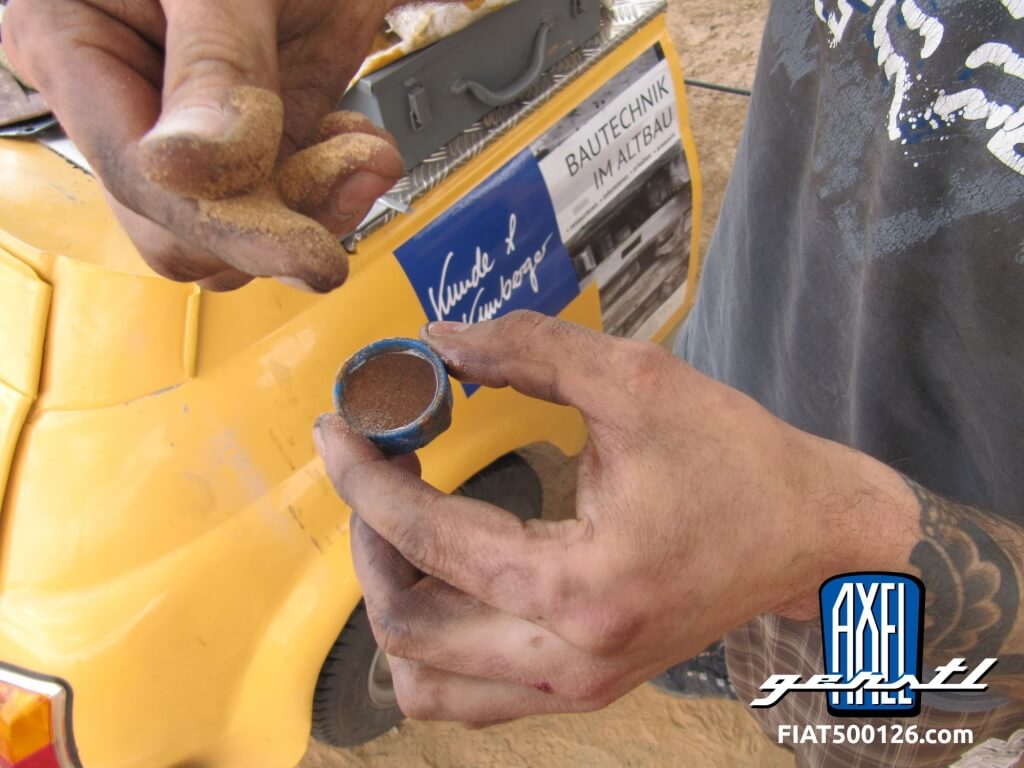 On the way back from the dunes towards Spain the bad luck then went on: Again there were problems with the cylinder head and Burkhard had to go on only one cylinder for about 500 to 600 km. He patched the dead cylinder with a piece of wood to prevent exhaust gas from escaping. But that meant for Burkhard to stop every 50 kilometers along the roadside in order to replace the piece of wood that was turned into a lump of coal. 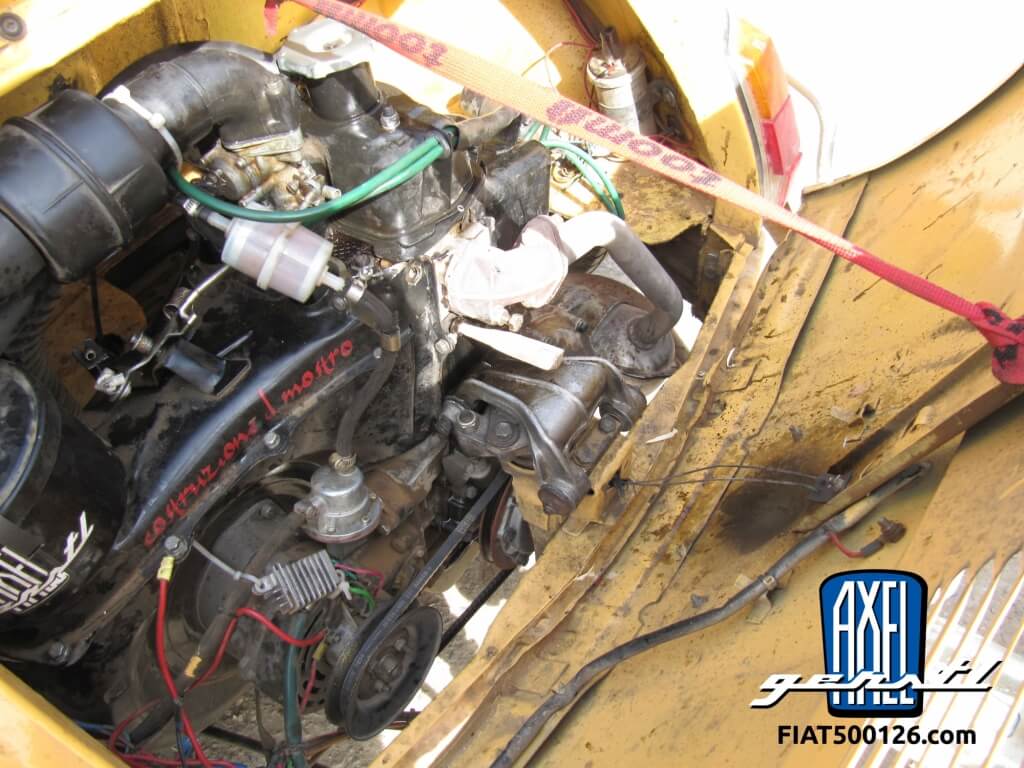 On the slopes of the Atlas Mountains "Bea" was finally so slow that Burkhard was even overtaken by cyclists. Some of them offered drugs through the open driver's window. Burkhard asked if they don’t worry about HIV, they just answered: "We do not inject - we smoke!"

Back at the campsite in Chefchaouen, Burkhard decided to call the ADAC (German Car Club) to help. Thanks to his ADAC Plus membership "Bea" was picked up with a trailer and will be transferred to Germany - Burkhard, however got a free flight toward home. 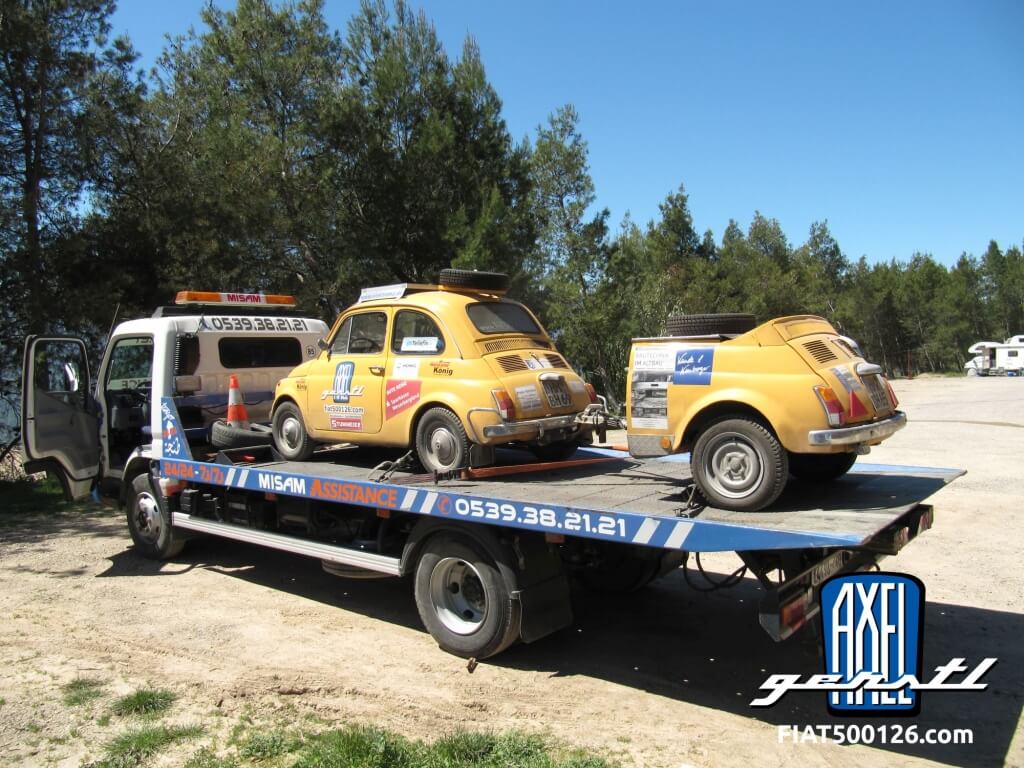 Back home - thanks to ADAC Plus

Despite all the beautiful experiences, Burkhard’s tour was of course overshadowed by the technical problems. But the fact that he could not realize his original goal, to visit hospitals, welfare centers and children's villages to educate people about HIV, frustrated Burkhard the most. 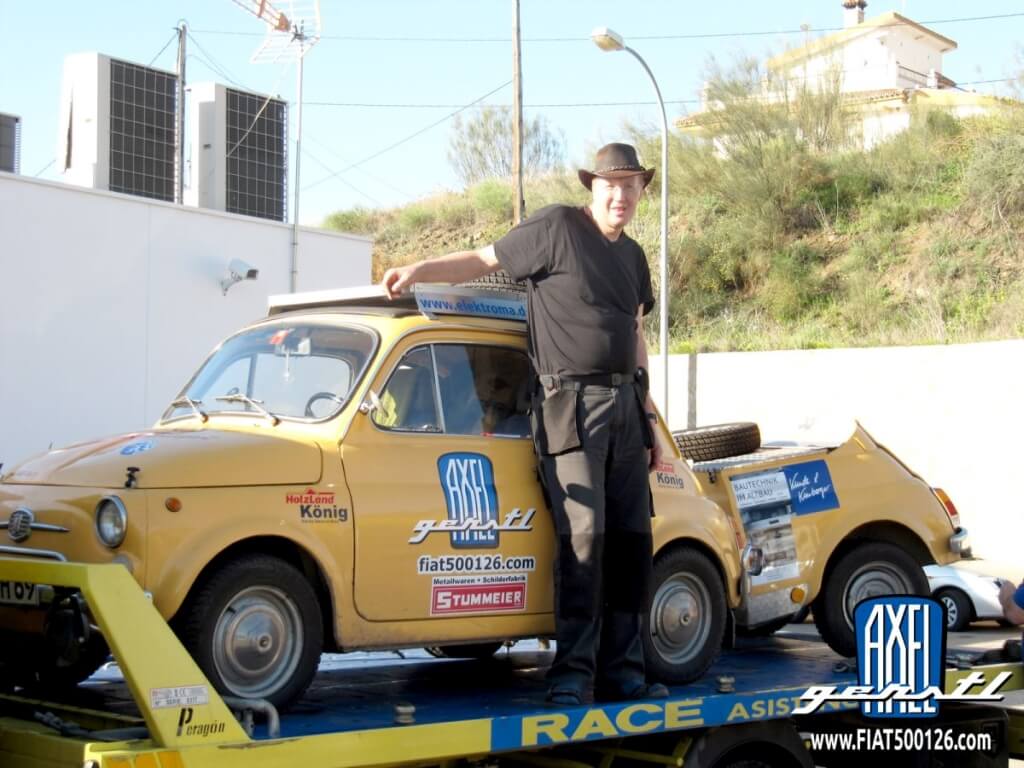 But he rated the feedback on various social media channels very positive, especially on Facebook. Because there, the story of his tour had become independent and led to a lot of attention to him and his goals. Whenever he arrived somewhere, he was welcomed with a lot of friendliness and helpfulness. "Bea" was treated as a star, was photographed at every opportunity and subject of numerous Internet postings. 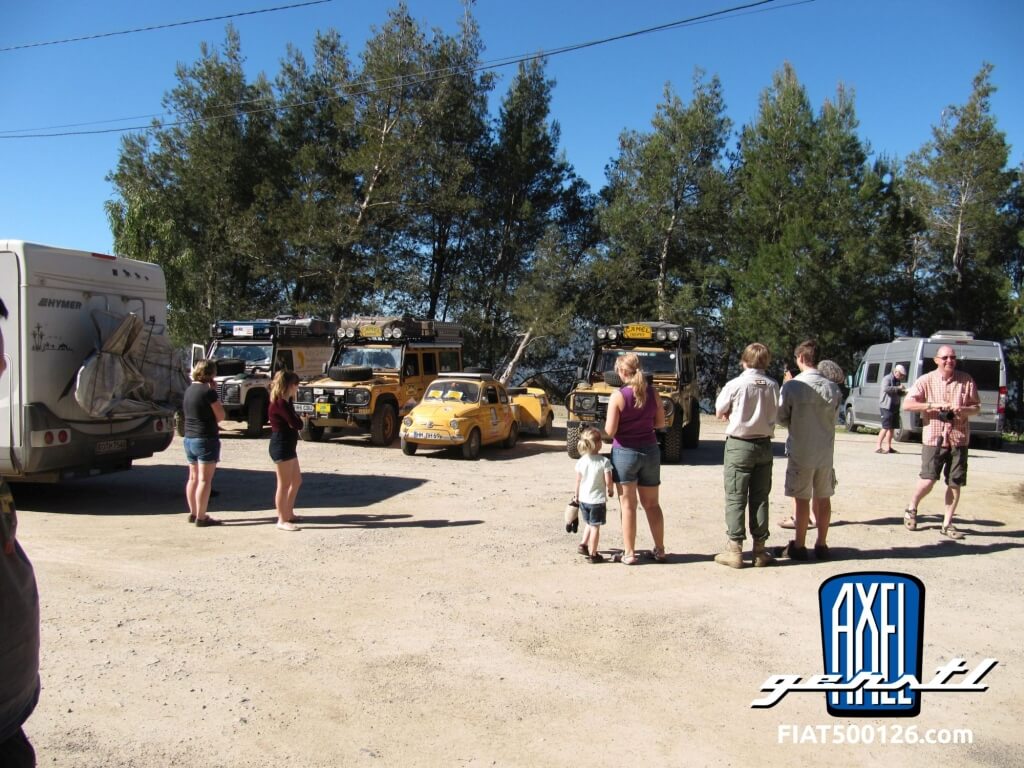