a report by Angie Schlegel

The former Fürstenfeld monastery located close to Munich was a wonderful backdrop for the 2nd edition of the Concorso Competizione Sportivo held as part of the Fürstenfeld “Motorworld Oldtimertage” classic car event. Invitations had been sent out to the owners of racing cars from a wide range of motor sport categories, such as rally cars, touring cars, formula racers, pre-war racers or mountain rally cars. Separate trials were held for the different car categories. My hands-down favourite was the white Bizzarrini GT 5300 (to the right of the red Cheetah). This model was built in small numbers from 1964 to 1968 by the Italian sports car manufacturer Automobili Bizzarrini. Searching on the Internet for a Bizzarrini for sale yields poor results, and if you happen to find one, it either has no price tag or a sales price with seven figures shows up. 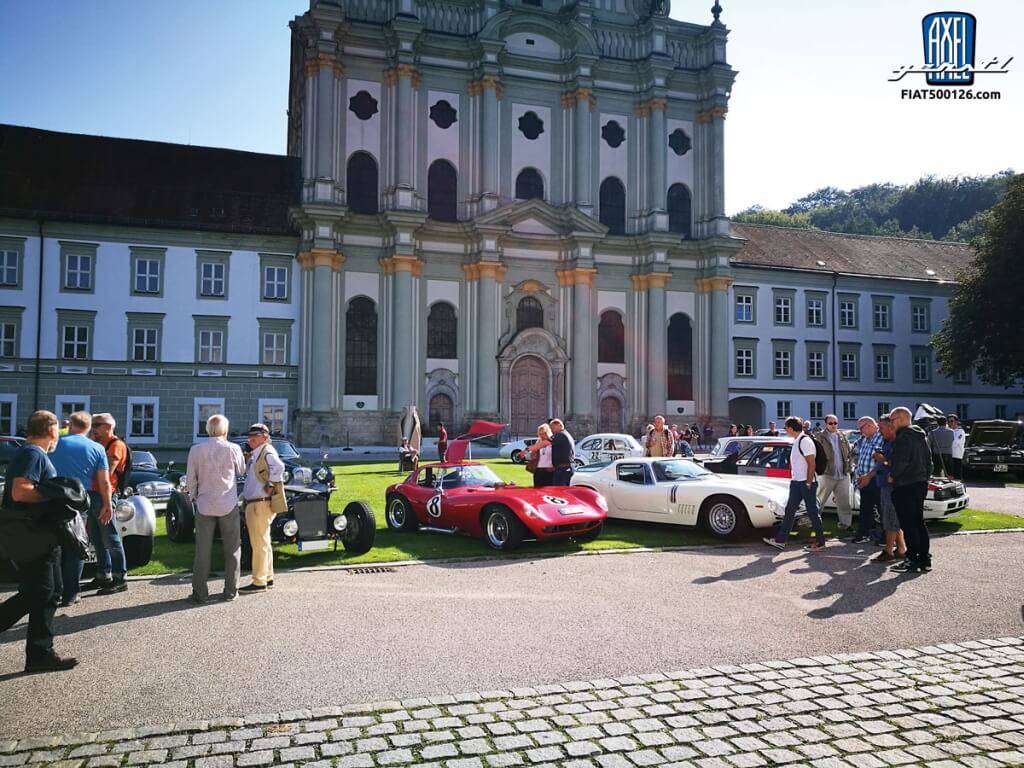 True highlights: Extraordinary roadside gems lined up in front of the Fürstenfeld minster. The Fürstenfeld monastery once counted among the private monasteries of the Wittelsbach dynasty.

Surrounding the premises, many booths made the heart of every classic car lover beat faster. On the grassed area called “Waaghäuslwiese”, the visitors could marvel at a “flying car”, the PAL-V Liberty. An outlook to the future... A striking number of VW Beetles graced the event, which is hardly surprising as this iconic car celebrates its 80th anniversary this year. A special exhibition showed a representative choice of different Beetle models. In a photo contest for the best Beetle picture, a photo submitted by Robert Kleditsch, a member of the OFO (classic car lovers from Obermenzing) was chosen the winner. Kleditsch spends his leisure time producing replicas of post cards from the 50ies and 60ies that show Beetles. On another grassed area, the so-called “Amperwiese”, visitors could present their vintage cars on a specially built ramp, the presentations being commented by a host who wittily made the owners disclose various information about their cars. In the orchard, some well-known associations, such as the Mini Club Munich or the OFO, were present. 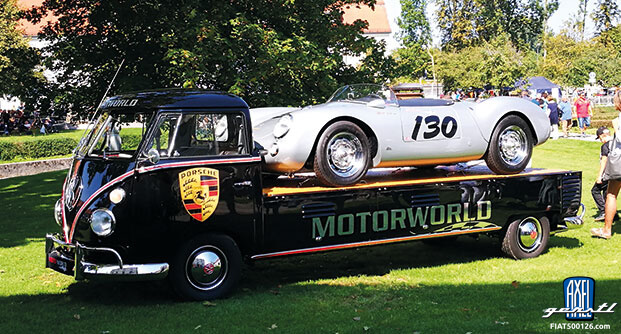 Eye-catcher: A Porsche 550 Spyder piggybacked by a converted VW bus – what a fantastic combination!