A faithful companion from my student years

In 1974 – one year after the Yom Kippur War and the global oil crisis – I met my future wife Helene. We were happy as only new lovers can be, enjoyed being together and often spent our leisure time cruising around in my blazing red Puch 500. “Red Molly”, as we had baptised the 20hp vehicle, basically was a Fiat 500, but equipped with an air-cooled 500cc boxer engine made by the Austrian manufacturer Steyr Puch. Every now and then, Helene tried her hand at the wheel of the little car, but her attempts to change gears with the partially synchronised transmission sometimes caused terrible cracking noises and matching contractions of all muscular parts of her fellow passenger.

As the family was meant to grow, I reluctantly parted with Molly in 1975 to buy a “conventional” car. The longing for the faithful companion of my student days never let go of me during the decades that were to follow; recurring dreams in which I saw the little Puch in perfect condition at a dealer’s filled me with a happiness that only faded gradually with the coming dawn. 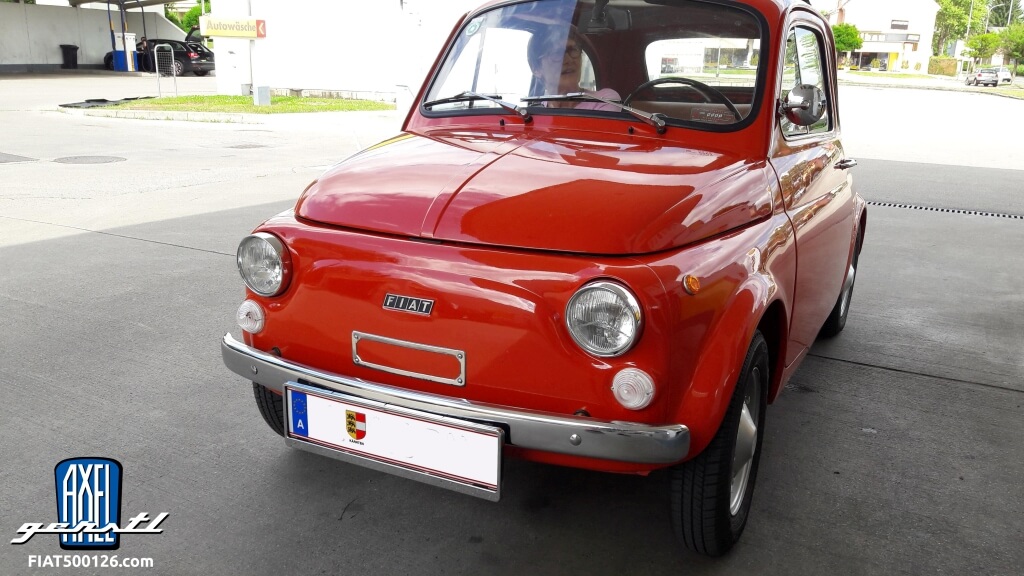 It was this recurring dream that, one fine morning at 3 am, pulled me out of bed and to the computer. After searching for hours, I finally found a dealer near Heidelberg where a fully restored, coral-red Fiat 500 was waiting for a new owner. The hours until the business opened crept by with agonising slowness, but before the end of the very same morning, the deal was closed. I must admit that I surely was the lousiest negotiator the dealer had ever met. But never mind, the Fiat was mine. We have been an inseparable couple ever since. 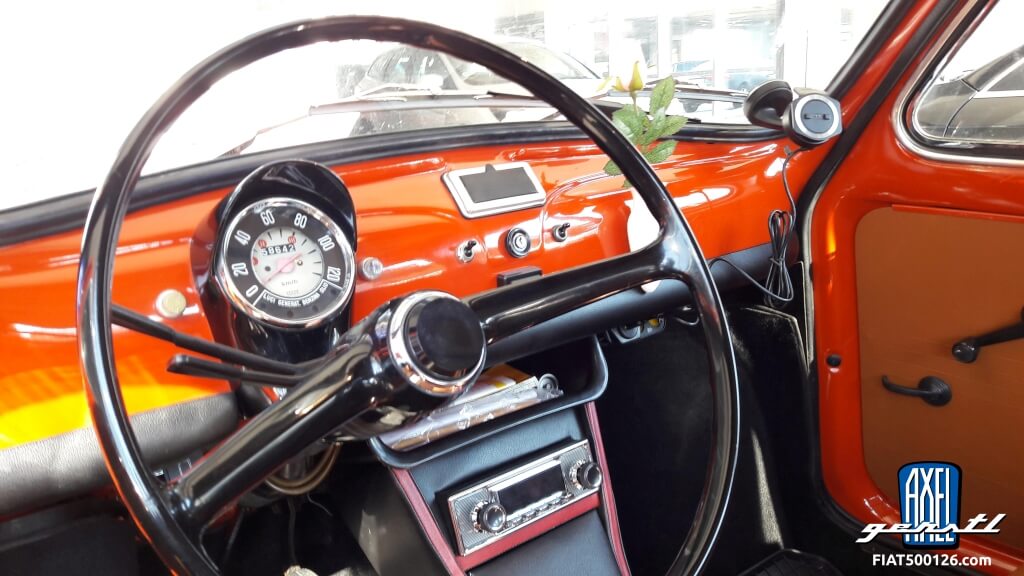