Giardiniera engine dead as a doornail

Giardiniera engine is dead as a doornail

Claus Czekala and his screwdriver friend Karl-Heinz did not know the reasons that led the owner of a small Fiat 500 Giardiniera to put his car in the barn and simply forget it. Here, however, it stood for over 20 years and was now to be disposed of in the course of clean-up work. Fortunately, the new owner of the barn asked Karl-Heinz whether he could still do something with the disused Giardiniera. And so the 500er was spared the fate of becoming a victim of a scrap press.

During the now following attempts to save the small Fiat 500 and to preserve it for posterity, a first investigation showed that the engine was dead as a doornail and had to be dismantled for reconditioning. But after one had removed the engine and had begun with the dismantling work, one brought unbelievable to light: A large mouse nest including various cracked nuts and acorns! 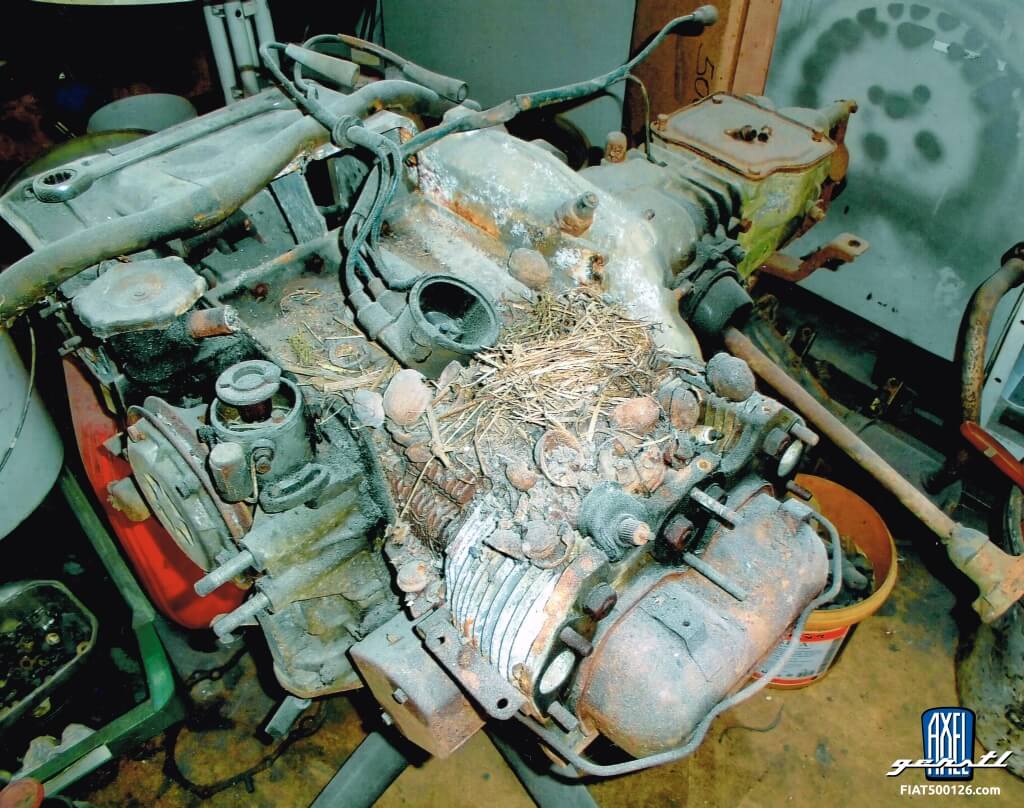 How the little animal got into the engine will remain the secret of the little five hundred forever - but the engine was definitely not dead as a doornail!